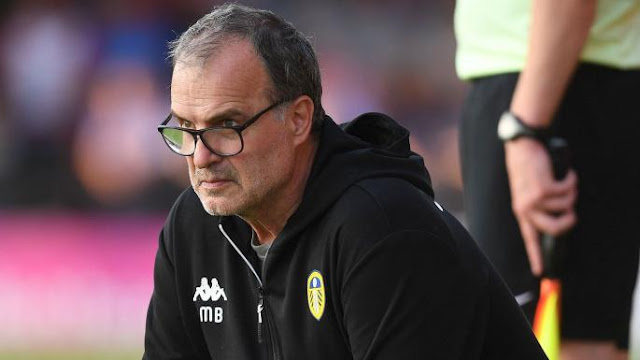 Leeds United have been a very different side under manager Marco Bielsa since the arrival of the Argentine ahead of 2018-19 season.
Despite the Whites’ recent struggles in getting desired results, a return to the English Premier League looks very feasible at the end of the campaign.
Bielsa isn’t only making Leeds play great, the perfectionist of a tactician is also looking to promote talents from within the youth ranks, and 17-year-old Jack Clarke could be the next big thing to emerge from the Academy.
The forward has only played 34 minutes of senior team football, but has already done enough to convince the boss of his huge potential.
Ahead of Leeds’ visit to Ipswich Town on Wednesday, Bielsa told Yorkshire Evening Post asked about whether Clarke will start, and he said:

“I thought about (starting Clarke).

“Every time Jack Clarke gets in and plays a game as a sub he gives positives answers. He brings things to the team.

“I think the process I am following with him and giving him time will give him time to improve.”

Clarke came on for left-back Stuart Dallas in both of his two cameo appearances, and a change in formation could be on the cards if Bielsa decides to make the teenage a permanent starter.
Clearly, the young forward is proving he is able to play alongside the big boys in the Championship, and it doesn’t look like he will be returning to the youth sides anytime soon after grabbing his chances with both hands.
Leeds faithful will be more than excited to see one of their own come through the youth ranks, and from the look of things, the future is very bright for Clarke as long as he keeps on impressing Bielsa.