Do latest Pochettino’s comments hint at why Tottenham don’t invest heavily in the transfer market? 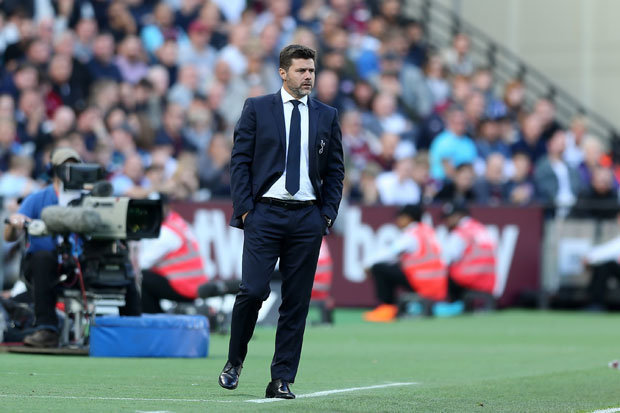 Tottenham Hotspur have made their best-ever start to an English Premier League campaign following seven wins and two losses in their opening nine fixtures.

The north London outfit are only two points behind the table-topping duo of Manchester City and Liverpool, and can be regarded as one of the dark horses for the title race.
Tottenham’s last league title came in 1961, while their last piece of silverware came in 2008 – the League Cup.
Spurs came close to winning the league three seasons ago, with eventual-winners Leicester City their only hurdle for the majority of the campaign.
However, their title challenge collapsed few matchdays to the end of the campaign, with Arsenal eventually piping them to second-place on the last day of the campaign.
While some Tottenham fans are most likely mad at their team’s silverware drought, manager Mauricio Pochettino has claimed that getting the club to play regular Champions League football was the main objective when he took over in 2014.
“Four-and-a-half-years ago when they offered me the Tottenham job the idea was to build a team for the Champions League in the moment we arrive in the new stadium,” he recently told Skysports.
“This is our third Champions League in a row, one at White Hart Lane, three times at Wembley. We are ahead of the project. We are miles ahead.”
Apparently, winning a major title has never been a main objective of Tottenham in recent seasons, and it says a lot about their unwillingness to invest heavily in recent transfer markets.
The club didn’t sign any player during the last summer window, and are yet to match the spending powers of the likes of Manchester City, Liverpool, Chelsea and Manchester United.
Going by Pochettino’s comments, Champions League football is the main aim right now at Tottenham, and it doesn’t look like they would be splashing the cash or breaking the bank anytime soon.
Written for FHD by Adefunmiloye Alani.
Previous articleJamie Redknapp believes one man is solely to blame for Newcastle’s woes
Next articleCould Jack Clarke’s emergence force Marco Bielsa into ringing the changes at Leeds?