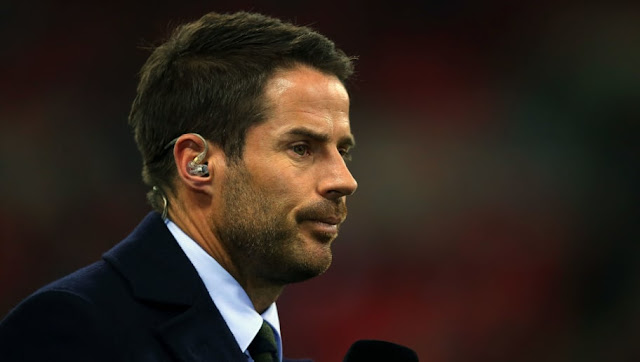 Newcastle United are rock bottom in the English Premier League table after losing seven and drawing two of their opening nine games.
The Toons risk relegating to the Championship just two seasons after returning to the top-flight, and manager Rafa Benitez seems to be at wit’s end regarding turning his side’s fortunes around.
Popular pundit Jamie Redknapp believes the Spaniard is responsible for Newcastle’s woes, blaming his tactics and style of play.
“Newcastle struggled in front of goal once again in their home defeat by Brighton and the players must be running out of patience with Rafa Benitez,” the former Tottenham Hotspur midfielder wrote in his Daily Mail column.
“Newcastle’s players are not as bad as results and performances suggest but they are being hamstrung by their manager’s negative tactic.”
Benitez has often set his team up defensively since guiding them back to the Premier League, and it doesn’t seem like it’s working anymore.
Newcastle have scored just six goals and shipped 14 goals, and according to whoscored.com, averaged just 41.1% possession and registered 10 shots per game on an average.
The Saint James’ Park outfit have already faced four of the teams currently in top five, and while the tough run of fixtures hasn’t exactly favoured them, thus forcing Benitez’s into being overly defensive, it’s expected that they perform well in their subsequent games against the mid-table sides.

New owners took over Newcastle United in October 2021, which then increased the excitement level of the fans by dreaming of many new signings....
Read more
Newcastle United

Newcastle United are close to signing Ryan Fraser this summer as they have reportedly agreed terms with the player. According to Sky Sports, the...
Read more
Borussia Dortmund

Newcastle United manager Steve Bruce is interested in signing Spanish striker Paco Alcacer in this transfer window, according to The Sun. The Magpies boss...
Read more