Leonardo Bonucci explains why a move to Manchester United failed 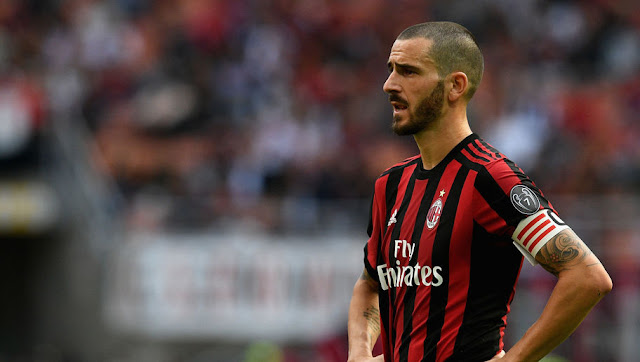 Juventus defender Leonardo Bonucci has explained why a move to Manchester United this summer.
The Italian centre-back stressed that his move to the Old Trafford club failed as he had a feeling inside of him to return ‘home’ to Turin after an unsuccessful season with AC Milan. The defender wasted no time when Juve showed interest to resign him and he turned down a chance to join Jose Mourinho’s Manchester United side.
Bonucci said “Yes” when asked whether he received an offer from the Premier League outfit and explained further as quoted by The Telegraph, saying:

“The decision was not made until June but it’s true that I had this feeling inside me [to return to Juve].
“So, when my agent told me there was a tangible opportunity to come back I just stopped listening to anyone telling me what to do, I stopped listening to any kind of suggestion and I just said ‘okay, let’s go home’.
“There have been some possibilities both with Manchester City and with Manchester United. With Manchester City when I received that offer [in 2016] I actually talked to the club, I talked to Juventus and we decided that it was good for me to stay and to keep on winning with Juventus.
“And this year when I was told there was a possibility to go back home, to come back to Juventus I just stopped listening to any other offers and I decided to come back here.
“Here, I really do my best, I just push myself to the maximum and that’s something at Milan I really didn’t manage, I didn’t succeed to achieve and that was probably because in my heart I had already made the decision that I wanted to go back home.”

The highly-rated centre-back, who stands at 6ft3 has registered 19 appearances in all outings for Juventus this season, scoring two goals and one assist. His overall performances this season for Juve is rated at 7.03 according to WhoScored Ratings above with his pass success percentage at 89.6.

After his side 1-0 victory at Old Trafford, Juventus plays Empoli on Saturday evening in the Serie A and will be hoping to extend their unbeaten run in the league.