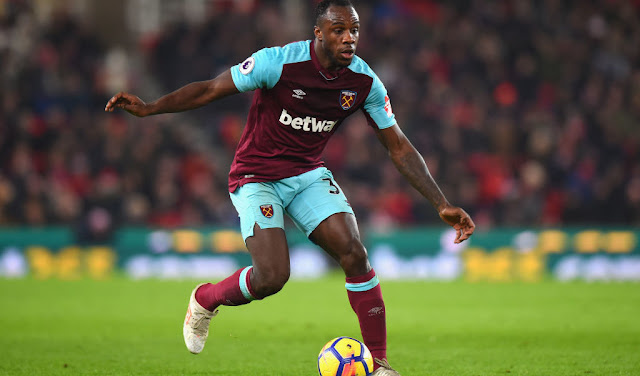 West Ham United visit Leicester City on Saturday, and the London club will be looking to get a positive result following back-to-back losses to Brighton and Tottenham Hotspur.
The Hammers have been hit with plenty of injury woes, and they are now set to be without summer arrival Andriy Yarmolenko until April, as reported by Sky Sports.
The Ukrainian international pulled out injured against Spurs, and was replaced with Grady Diangana.
The 20-year-old attacking midfielder had only played twice for the first-team prior to the London derby, hence it came as a huge surprise that he was chosen ahead of the experienced Michail Antonio.
It remains to be seen if Diangana will finally make his first-ever league start for West Ham this weekend, but if he does, and starts ahead of Antonio, it could signal the end of the 28-year-old’s career at the London Stadium.
The powerful forward has failed to score or assist in eight league games, while the 20-year-old seized his chance by bagging a brace on his debut – the EFL 8-0 thrashing of Macclesfield Town.
Antonio has been very disappointing in the final third this season, spurning several chances in front of goal, and his days at the club could become numbered if the emerging youngster starts to deliver.
Saturday’s starting lineup could go a long way in shaping the West Ham careers of these two, and it’ll be interesting to see how the prospective turn of events goes.
Previous articleSpurs ex-striker expresses interest to one day manage the club
Next articleTheo Walcott explains what Everton need to do to upset Manchester United