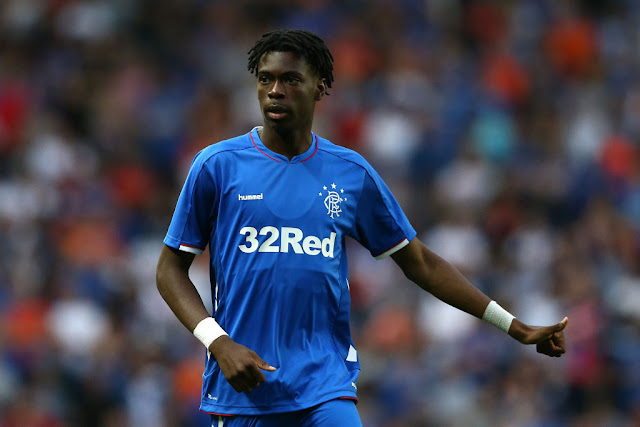 Rangers will attempt to bounce back from the disappointment of weekend’s Scottish League Cup semifinal loss to Aberdeen when they take on Kilmarnock on Wednesday night.

The Light Blues can put pressure on Hearts and Co. with a victory against midweek visitors, but they will likely have to do it without midfield sensation Ovie Ejaria.

?️SG: Ovie Ejaria has a knock on his ankle so he is a doubt for tomorrow.

Manager Steven Gerrard confirmed during Tuesday’s pre-match conference that the 20-year-old is a doubt for the clash after picking up a knock to his ankle.
The on-loan Liverpool starlet has been influential to the boss’ plans this season, playing eight league games – the most by any midfielder – and weighing in with a goal.
Kilmarnock are second in the table right now having won six and drawn two of their opening ten games, and they are more likely to pose a difficult challenge to the hosts at Ibrox.
Ejaria’s presence surely comes handy for Rangers all the time, and having to do without him against such a tough opponent is a huge blow.
Nevertheless, the team can take succour in the fact that the striking duo of Alfredo Morelos and Kyle Lafferty are both available to play after they missed the Aberdeen clash.

?️SG: Alfredo Morelos and Kyle Lafferty are both back in the squad for tomorrow.

Rangers were badly in need of the duo’s striking services against the Dons at the weekend, and they have to impress on Wednesday night in order to make up for lost time.
Previous articleTottenham star explains which aspect is hardest when preparing for three games in five days
Next articlePellegrini’s plans on Carabao Cup clash with Tottenham should excite the fans