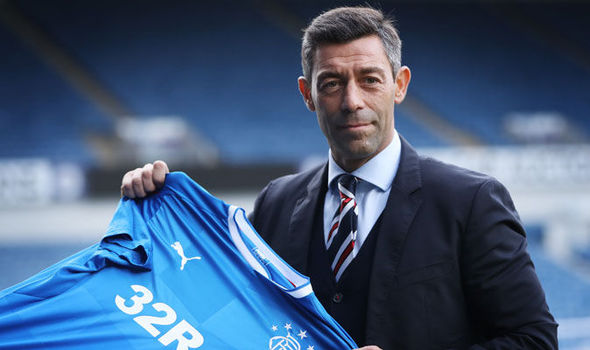 Life has been good for former Rangers boss Pedro Caixinha since he was relieved of his managerial duties at Ibrox a year ago.
The Portuguese lost his job after an unconvincing start to last season’s campaign, but was soon hired by Mexican top-flight side Cruz Azul, and he is now on the verge of leading the Liga MX side to an unprecedented domestic double.
Caixinha’s side saw off Leon on penalties in the semi-finals of the Copa MX, Â and will now face Monterrey in the final.
They have also been in impressive form in the league, trailing leaders Club AmÃ©rica by just a single point ahead of the top-of-the-table-clash between both sides on Sunday.
A victory will see Azul go top of the table, but they will have to maintain their form and finish strong if they are to win the league, with still only 13 games played in the 18-club league.
Rangers aren’t doing bad either in Caixinha’s absence, and have already set a European record under manager Steven Gerrard after 11 games without defeat in the Europa League.
They face Aberdeen in the semifinals of the Scottish League Cup on Sunday, and are eight points behind league leaders Hearts with a game in hand.
The Light Blues have definitely fared better without Caixinha, and vice-versa, and without a doubt, Rangers decision to fire him last October has been hugely beneficial to both parties.