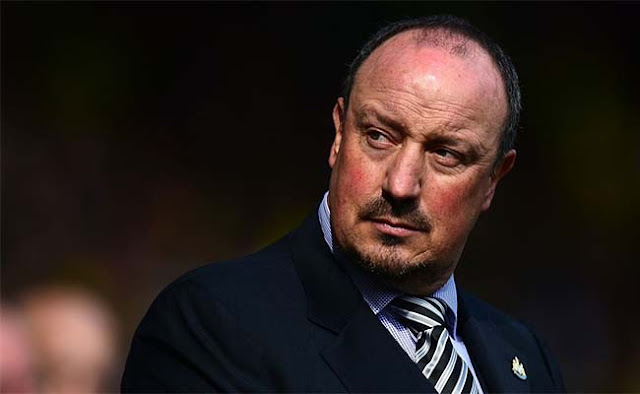 Newcastle United manager Rafa Benitez is under huge pressure following a woeful start to the 2018-19 English Premier League campaign that has seen his wide go nine games without a win.
The Saint James’ Park outfit lie rock bottom of the log in 20th place as a result, and while the Spanish boss could as well be in charge till the end of the season, there aren’t assurances he would stay beyond that.
Benitez’s contract ends in June, and he failed to put pen to paper for an extension during the off-season.
However, he has revealed the only circumstance that could change his mind, and Newcastle fans will only wish his demands are met.
Club owner Mike Ashley failed to release enough funds during the summer transfer window, and only doing the appropriate thing in January by investing will convince Benitez to stay beyond next summer.

“Yeah, I am happy here. We still have plenty of time to talk about the future,” the Magpies boss told the Daily Mail.
“The main thing is to be sure we do what we have to now, on the pitch, and then after we go to January and hopefully we can do things right. We have to find the right targets to improve things – and do it. If so we have more chance to survive.
“Last year, we were at the bottom and we did things right in January, we finished 10th. So that is an example for this year.”

Benitez arrived Newcastle in January 2016 to help keep them up in the top-flight after a woeful campaign in the first half of the season.
However, it was too little, too late, but he stayed with them despite relegation and immediately brought them back by winning the Championship title in May 2017.
The Toons finished in the top half of the table last season despite inadequate support from Ashley, but things aren’t exactly going well at the moment, and only an impressive January transfer window activity can see them retain both their Premier League status and the services of Benitez.
Previous articlePredicted Barcelona and Real Madrid line-ups for El Clasico
Next articlePochettino getting ruthless and replacing 31-yr-old with 26-yr-old could be key to silverware

New owners took over Newcastle United in October 2021, which then increased the excitement level of the fans by dreaming of many new signings....
Read more
Newcastle

Newcastle have confirmed the signing of Jamal Lewis from Norwich City, with the Magpies spending around £15m as transfer fee, according to 90MIN. Earlier this...
Read more
Newcastle United