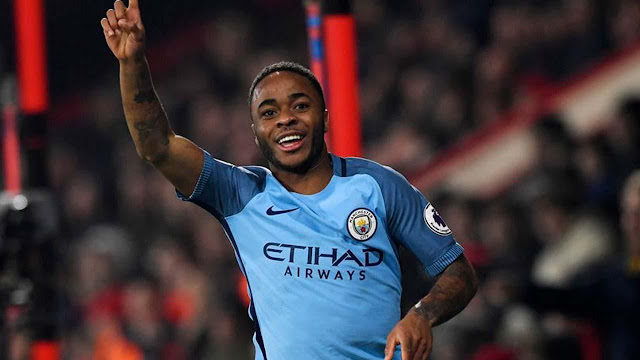 British tabloid, the Daily Express are reporting Champions League holders Real Madrid are eyeing move for Manchester City ace Raheem Sterling and could submit a bid when the transfer window opens in January.
The England international and former Liverpool attacking midfielder still has not put pen to a new contract with the reigning Premier League champions and his current deal with City is said to run until 18 months. As per reports garnered, FHD sources believes Sterling is requesting a pay hike (£100,000 per week) on his existing £180,000 per week deal and with Manchester City clearly not buying this idea, Pep Guardiola’s side run the risk of letting one of their star player face the exit door at the final year of his contract.
Real Madrid have had a poor start to the new season with Cristiano Ronaldo’s exit to Juventus proven to be a bigger part of the team’s poor performance. Without any doubt, fighting spirit, the zeal to win and wreak havoc on opposition defences is no long there with Karim Benzema and Gareth Bale both misfiring while Mariano Díaz Mejía – simply known as Mariano – who was signed as a direct replacement to Ronaldo, has not been able to live up to expectation. Mariano’s last outing against Levante over the weekend was incredibly poor while the likes of Marco Asensio, Isco, Lucas Vazquez, and others have no been better.
That being said, Real Madrid’s president Florentino Perez is expected to make some big signings in January or in the summer and signing Sterling seems to be Real’s first priority. Although, the club have in recent years moved away from their “Galatico” policy, but as we all know, surviving in modern football in this era, requires spending huge amounts of money on transfers and no club can run from this.