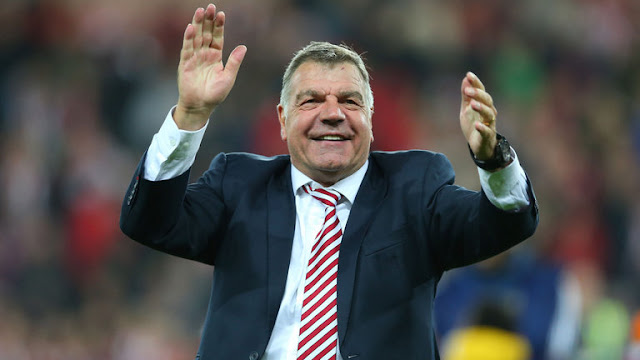 Former West Ham and Everton manager Sam Allardyce has revealed that he is open to becoming the manager of the Republic of Ireland team according to a report published by The Independent.
The Republic of Ireland are without a manager after Martin O’Neill and his assistant Roy Keane left their jobs by mutual consent on Wednesday.
This came after the country struggled to achieve good results throughout the year. They failed to win a competitive fixture during the year and were also relegated from their Nations League Group. The Sun have reported that Big Sam feels that he has unfinished business in international football.
Big Sam succeeded Roy Hogdson as England manager in 2016 but only held the position for one game after a video of him emerged giving advice to Singaporean businessmen on how to circumvent transfer deadline rules.
Allardyce last manager Everton last season. He was appointed as Toffees boss last season in order to help the club avoid relegation after it struggled for consistency under Ronald Koeman.
While the veteran boss achieved his mandate of helping the club maintain their Premier League status, it also struggled to play an attractive brand of football and this led to criticism from many fans.
Big Sam was subsequently sacked by the Merseyside club last summer and has since been replaced by Marco Silva.
Big Sam is best known for his ability to guide team’s out of the relegation zone when they find themselves in danger and is not exactly known for helping teams to consistently win games. However, he does have a wealth of experience at the highest level and this could benefit any team that he is involved with.

2 thoughts on “Big Sam open to managing an European nation”