Boost for West Ham ahead of Man City clash 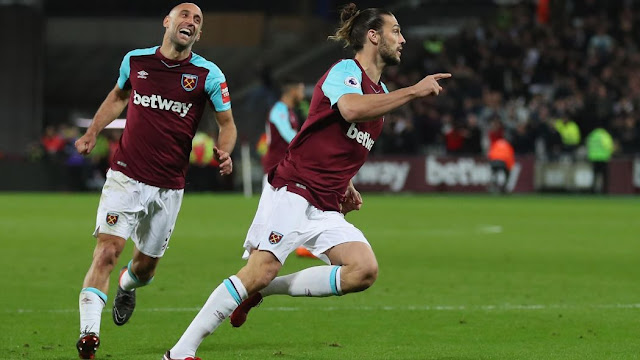 West Ham United have received an injury boost ahead of their Premier League clash against Manchester City this weekend. According to a report published by Sky Sports, the duo of Jack Wilshere and Andy Caroll could potentially play during the game.
The 29-year-old Caroll is yet to make an appearance this season after having undergone ankle surgery last summer. The former Liverpool striker has however made a return to training and even played the first-half of the Hammers behind the scenes friendly against Brentford last week.
Wilshere meanwhile has not played since September after sustaining an injury during his club’ game against Wolves. Both players will be unlikely to start the game against the Citizens and the Hammers will need to be careful about how they re-integrate the duo into the first-team considering their history with injuries over the years.
Both players were once touted as the future of English football but a series of injuries have sadly curtailed their progress. At 29-years-old, Caroll likely does not have long to go at the highest level and the Hammers must look to offload him at the end of the season.
At 26-years-old, Wilshere could still have another few good years left in him and could even find a way back into the England side if he keeps playing well at club level.

West Ham meanwhile will not be expected to get anything from the game against an in-form City side. If they do manage to even get a point from the match, it will be a major confidence-boost.