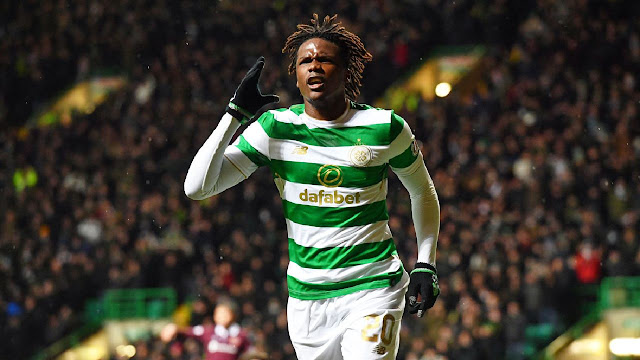 Celtic’s Dedryck Boyata has admitted that he should have joined Everton when he had the chance to do so, in 2011.
While Boyata was on the books of Manchester City, he was linked with a loan move to Everton in 2011, however in the end he ended up joining Bolton Wanderers instead.
Boyata spent six-years at City between 2009-2015 but was never able to establish himself within the first-team. During those years, he only managed 13 Premier League appearances and had unsuccessful loan spells with Wanderers and FC Twente in Holland.
The Belgium international only really kick-started his career once he joined Scottish giants Celtic in 2015. Since joining the Hoops, he has helped the club to win three Scottish Premiership titles. His form for the club helped him to win a place in the Belgium 2018 World Cup squad.
At 27-years-old, Boyata is now at the peak of his career. He will surely now be at a point where he will want to play against and test himself against the best on a regular basis.
While the Scottish Premiership is a good place for one to kick-start their career or to start enjoying the game again, it is not actually one of the most respected Leagues in World football.
Had Boyata joined Everton, his career may have just turned out completely differently. He told Belgian newspaper de Zondag as cited by Celts Are Here:
“Under Roberto Mancini I got my first chances.
“I was 19 at the time. After that season I was able to go to Everton. I should have done that.”
Previous articleNuno plays down claims that Wolves will finish in top 6
Next articleDavid Moyes makes revelation about West Ham star

Celtic in the transfer race for Finnish player Jere Uronen

Scottish giants Celtic are reportedly eyeing a move for Finnish footballer Jere Uronen to bolster their ranks this summer. According to TuttoMercatoWeb, the Bhoys are...
Read more
Everton

Jose Mourinho’s Tottenham failed to get a good start as they suffered a 1-0 defeat against Everton in the Premier League opener. Ten minutes after...
Read more
Celtic

Celtic defender joins Turkish side on loan after coronavirus breach

Celtic have announced that their defender Boli Bolingoli has departed Glasgow to join Turkish side Istanbul Basaksehir on loan for the 2020-21 season, as...
Read more