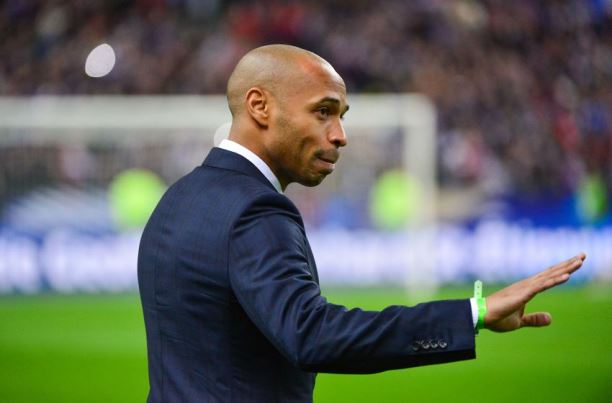 A lot of Aston Villa fans were gutted when Thierry Henry turned down the chance to become the side’s manager last month.
The French legend held talks with the club’s board following Steve Bruce’s dismissal and had the backing of the majority of the members, the fans and the bookmakers.
However, no deal could be struck between both parties, and Dean Smith was appointed instead.
Henry, however, was appointed as AS Monaco’s boss few weeks later following the dismissal of Leonardo Jardim.
Interestingly both managers haven’t particularly hit the ground running since taking up duty at their new posts, and going by the Frenchman side’s performance, it’s almost safe to say Villa dodged a bullet.
Monaco are yet to win under Henry, drawing and losing three games, while Dean has managed to lead Aston Villa to two victories and two defeats.
Of course, it’s too early to jump into conclusion, but considering the difference in quality between both squads, the former Arsenal striker wasn’t expected to have any problems with immediately getting the results at Monaco.
Should Dean manage to lead Villa to the English topflight at the end of the season, the club management and fans will definitely be fully convinced they went for the right choice.
From the look of things, though, Henry might end up ruing his missed chance after turning down the Villans should things not go well at the Ligue 1 club, and everyone can only watch as things unfold going forward.
Previous articleWest Ham United veteran waxes lyrical about player who “looks very dangerous”
Next articleWest Ham will comfortably finish in top-10 if World Cup breakout star is signed

Bjorn Engels, who joined Aston Villa in the summer of 2019, is reportedly on the radar of Anderlecht. According to Walfoot, the Belgian side is...
Read more
AS Monaco

West Ham are reportedly leading the transfer race to sign AS Monaco player Djibril Sidibe. According to a 90MIN report, the Hammers are currently in...
Read more
Aston Villa

Aston Villa have announced that Jack Grealish has signed a new five-year contract, ending all speculation about the English footballer’s future at Villa Park,...
Read more