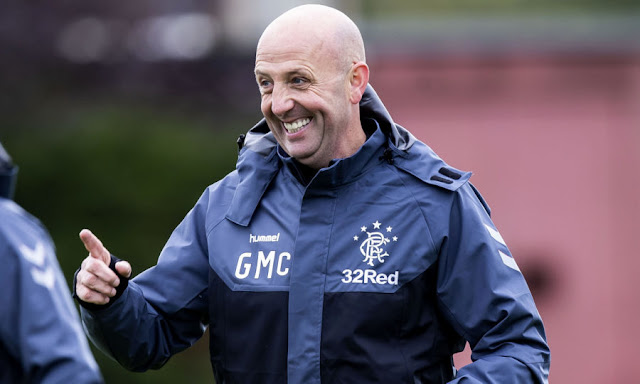 Rangers Glasgow needed two late goals on Saturday to see off St. Mirren in their 11th Scottish Premiership game of 2018-19.
The Light Blues have now won six games, drawn three and lost the other two in the league, while they crashed out of the Scottish League Cup following a 1-0 loss to Aberdeen in last weekend’s semifinals.
Rangers have blown hot and cold domestically, but have been in blistering form in Europe, recently setting a new record.
Steven Gerrard’s men are unbeaten on the continent this season, winning five and drawing six.
They have also managed to keep an impressive six clean sheets, and assistant manager Gary McAllister has explained why they have had differing campaigns domestically and continentally.
“The games are so different. It’s been a problem domestically. Going from that Thursday to Sunday, the type of game plan and the opposition totally changing at the weekend,” Rangers assistant boss told The Scottish Herald.
“The European games are so different to the domestic games. We’re playing against quality opposition who think they are probably better than us because of where the Scottish game is and where Rangers have been in the recent times.
“We’ve just experienced a couple of murmurs domestically, but the European run has been very exciting, and I’ve really enjoyed watching some of the games, the players have been excellent. [The Aberdeen and Kilmarnock games] have been frustrating. We’ve bossed both of them as well, enjoyed a lot of possession, it’s just been that bit in the final third that’s not been there.”
Rangers were supposed to struggle in the Europa League given the quality of opposition available, but have already secured wins over Maribor and Rapid Wien, while they held Villarreal to a 2-2 draw away from home.
Back at home, however, the Light Blues have found it hard breaking down teams that primarily set up to defend.
Such tactics have been very frustrating for Gerrard’s side, and until they start finding the answers like they did on Saturday, it could be a frustrating domestic campaign for them.
Rangers are currently third in the league table, four points behind Celtic and five behind Hearts who have played a game more.
Challenging for the Scottish Cup and league are the top priorities, but they can still go far in the Europa League should they keep up the consistency.
The Ibrox outfit currently top group G and can secure a last-32 berth by getting at least six more points when they play the return legs of the continental competition in the coming days.
Previous articleGerrard showers praises on Rangers’ hero as he enters the record books
Next articleWhy Richarlison’s form should really “worry” Everton