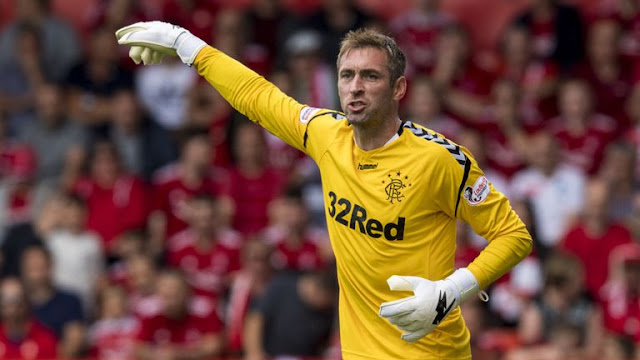 Rangers left it late against St. Mirren on Saturday to secure their sixth Scottish Premiership win of the season.
The 2-0 victory ended the Light Blues winless three-game run and more importantly, moved them to within five points of league leaders Hearts.
Daniel Candeias and Alfredo Morelos scored in the 80th and 90th minutes respectively, and while they were the heroes of the day, it was goalkeeper Allan McGregor that went into the Light Blues’ record books.
The 36-year-old made his 300th appearance for Rangers, and manager Steven Gerrard was full of praises for the veteran after shutting out the hosts on such an historic day for him.
“He has been absolutely magnificent from day one, the Gers boss told the club’s official website.
“It is my responsibility to try and help Allan with his age and the amount of games we have got. I need to try and help him in terms of his body so he is fresh and he is right at it.
“I thought he was excellent today with his focus and concentration, and what he had to do, he did it perfectly well. It is no surprise to me he is breaking records as he is a top goalkeeper.”
Since returning to Ibrox during the summer transfer window, McGregor has been the club’s first choice in goal, displacing Wes Foderingham who was the undisputed starter prior to his arrival.
He has played 22 times this season, adding to the 278 appearances he registered during his first stint at the club. McGregor was with Rangers youth ranks between 1998 and 2001 before getting promoted to the senior team.
Loan stints at St Johnstone and Dunfermline Athletic prepared him for the big role ahead, and he became Rangers first choice in 2006.
The Scotland international was with Rangers till 2012, winning three Scottish Premier League, two Scottish Cup and five Scottish League Cup.
Upon the club’s setback and their entering into administration, McGregor left for Besiktas. He joined Hull City in 2013 and was with them till the end of his contract last season.
He put pen to paper for a two-year deal when Gerrard arrived, and is set to play a huge role as Rangers look to challenge on all fronts this season and going forward.
Previous articleRafa Benitez names the three qualities underfire Newcastle star must immediately work on
Next articleGary McAllister explains why Rangers have struggled domestically