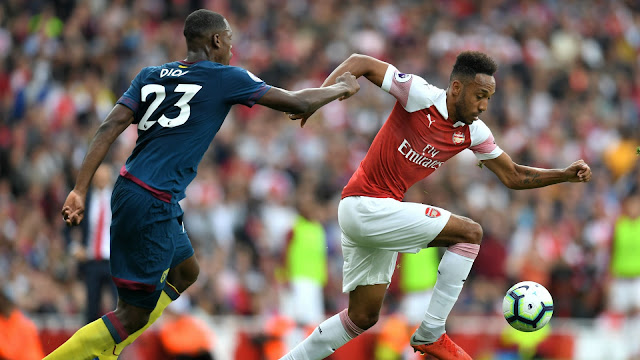 West Ham United haven’t been any spectacular so far this season, with just three wins and three draws to their name in 12 English Premier League games.
The Hammers are yet to win back-to-back league games in almost two years, and manager Manuel Pellegrini will hope to get things right when action resumes after the international break.
West Ham ought to be doing much better after nine new players were brought in during the summer transfer window, but injuries and inconsistency have limited the influence of the majority of the summer arrivals.
However, French centre-back Issa Diop has been in very fine form since arriving from Toulouse, with Manchester United boss Jose Mourinho showering praises on him after September’s 3-1 defeat of the Red Devils.
The 21-year-old has played 10 league games thus far and is already earning rave reviews from many quarters as a result of his top performances.
Nevertheless, Diop reckons he is far from his actual best and only wants to keep pushing himself harder.
“I am surprised sometimes by the comments of people who find that I make good matches. I think I’m starting a normal season,” the French youngster told L’Equipe.
“I have always been very demanding of myself. This is the only way to perform. My personality and my education are like that. I know I have a lot of work to do. So, I have not done anything yet.”
Diop is clearly not satisfied with himself despite what others make of his fine performances, and that is good news for the Hammers who stand to gain a lot from his development and improvement going forward.
Earning a senior national team call-up to the French squad is definitely high on the defender’s wish list, and he will surely do everything to push himself to catch the attention of the squad selectors.

Diop has already emerged top of a couple of individual battles with some of EPL’s best forwards, and West Ham surely have a gem within their ranks from the look of things.