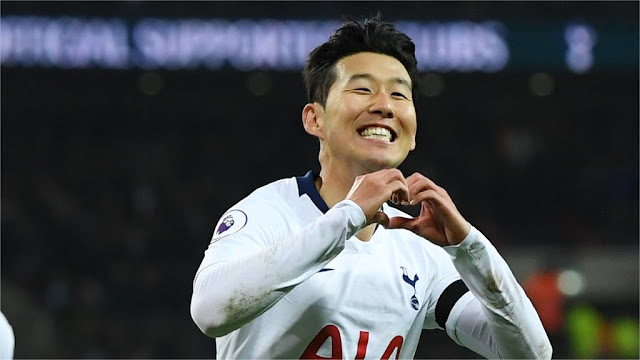 Lord Sugar has taken to Twitter to praise the performance of Son Heung-Min after the South Korean managed to find the back of the net during the Lilywhites 3-1 victory against Chelsea on Saturday.
The loss will be a huge blow to the Blues. Prior to the game, Maurizio Sarri had been unbeaten as Chelsea manager since he was appointed as manager of the club during the summer.
The Blues also headed into the game as the only team from Europe’s top five Leagues who had been unbeaten this season but that has now ended. The loss will also increase the gap between Sarri’s charges and trend-setters Manchester City and Liverpool after the duo both recorded victories.
Dele Alli and Harry Kane both grabbed goals during the 8th and 16th minute respectively. During the 54th, Son managed to find the back of the net to more or less settle the game.
Olivier Giroud managed to bag a consolation for the Blues during the 85th minute. The goal was the first for the French veteran in the League this season.
Spurs were largely the better side during the game and deservedly took three points. Spurs have made their best start to a season in the Premier League this term and based off their performance against the Blues, they could be serious contenders for the title this season.
The win will also be a huge boost for Pochettino’s charges as it came against one of the top sides in the League on paper.

What a brilliant goal by Son . He deserved it today he has been great . 3-0 Spurs