Manager says he will happily give £2.2million man advice about Rangers’ return 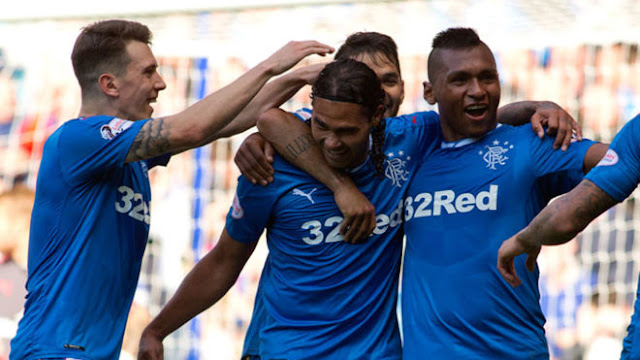 Mexican midfielder Carlos Pena is set to return to Rangers after his loan deal at Necaxa was cut short, as reported by The Scottish Sun.
The 28-year-old joined the Liga MX side after his loan spell at Cruz Azul was also cut short following series of disciplinary issues.
However, Pena failed to impress, making just five appearances before his contract got terminated.
While he won’t be eligible to play for Rangers until January, the former Guadalajara man will nonetheless link with manager Steven Gerrard’s side in Scotland, and a decision could be reached on his future in January.
Pena was signed on a three-year deal for £2.2million by former Rangers manager Pedro Caixinha last June.
With two more years still left on his contract, it remains to be seen if the future of the Mexican is at Ibrox given how badly he has flopped in the last 16 months.
Nevertheless, Caixinha, who took Pena with him to Azul, claims he will be willing to offer the player some advice about what to do next.
“I hope that when Carlos goes back to Scotland, he can recover his career. He is still not yet 30 and has plenty of time to still have a great career,” the Mexican said, as reported by The Scottish Sun.
“Carlos has tremendous football potential and he’s a great person. He deserves better and if he asks me for any advice about going back to Rangers I will happily give him some.
“It hurts me to see him in this position because I had the opportunity to bring him to Rangers and then Cruz Azul so I gave him two opportunities. I just hope he can become the player he once was when he goes back to Rangers.”
Rangers could do with few additions in their squad in January, but it doesn’t seem Pena has what it take to improve the squad right now.
However, the Mexican has a chance to revive his career under an influential boss like Gerrard, and the next few weeks could be the perfect opportunity for him to retrace his steps.
Pena showed flashes of his talents and potential at Rangers under Caixinha, with his goal in an away victory over Aberdeen one of his few highlights, and he might just eventually turn out good during his second Ibrox stint.
Previous article“Loved that second goal” – Newcastle legend reacts to Rondon’s performance against Bournemouth
Next article“He did everything I expected”- Silva showers praise on Sky Sports MOTM