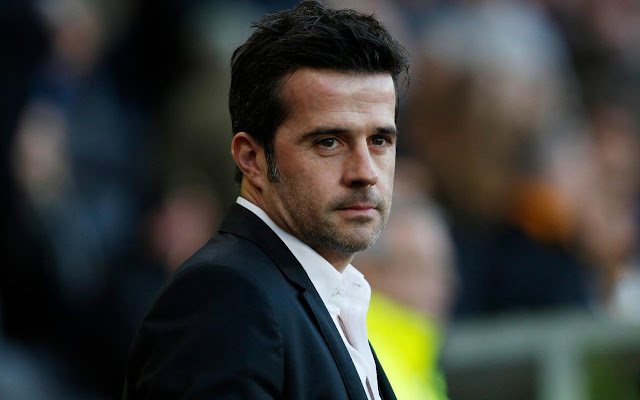 Everton boss Marco Silva heaped praise on Gylfi Sigurdsson after the Iceland international scored the only goal of the game to lead the Toffees to a 1-0 win over Cardiff City on Saturday.
It was not an easy game for the Toffees and Cardiff were competitive for the full 90 minutes. The win means that the Merseysiders move up to sixth position on the standings and they have now won their past four home encounters.
For much of the first half, Everton were poor during the final third. The Toffees were however the better team throughout and should have finished the game with more goals.
Everton nearly scored early on during the second half as Bernard surged forward and played in Sigurdsson who beat Cardiff keeper Neil Etheridge. Sol Bamba was however present to clear the ball off the line.
Just four minutes later, Theo Walcott struck for goal and had his shot saved by Etheridge. Sigurddsson was there this time to tap the ball into the net off the rebound.
While reflecting on the performance of the former Swansea star Sigurdsson, Silva said:
“He’s performing well like we are playing.
“The fantastic work the two behind him are doing as well, (Idrissa) Gana (Gueye) and Andre (Gomes), is helping him.
“He’s understanding more now what I want, the moves he has to do, what are the positions and the space on the pitch he has to receive the ball.

“He’s a very good player with a lot of quality, he can arrive well in the box like I like a player playing in that position (to do). He’s a fantastic professional who works every day and after it’s easy to understand how he can work as well on the pitch during the matches.”