Nuno plays down claims that Wolves will finish in top 6 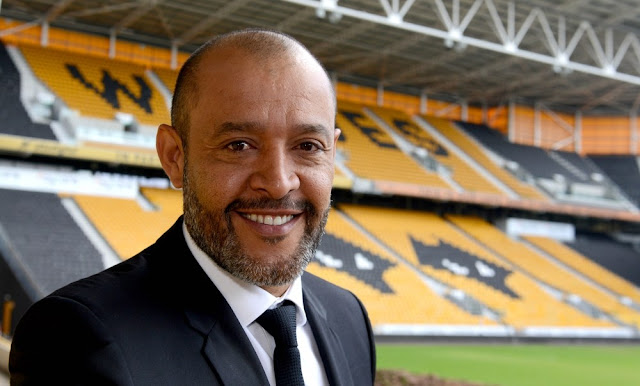 Wolves manager Nuno Espirito Santo has played down claims that his side are capable of finishing in the top six of the Premier League this season.
After winning promotion to the top-flight, Wolves have proven that they are more than capable of competing in the Premier League and delivering competitive performances.
Out of the three sides that won promotion last season, they are the only one that looks like they will not be involved in the relegation dog-fight this season.
Cardiff City and Fulham are in 19th and 20th place on the standings respectively while Nuno’s side are currently in 11th with 16 points from 13 games.
Interestingly, Wolves are one of only two sides in the League along with Liverpool who have managed to hold Premier League leaders Manchester City to a draw this season.
What is however concerning for Nuno’s side is the fact that they have not won during their past six Premier League games. The last time that they claimed three points was when they defeated Crystal Palace 1-0 during early October. Since then, they have lost four games,  drawn one and win one. The last of the losses took place on Sunday as they were defeated 2-0 by Huddersfield Town.
Nuno said via the official club website:
“The expectations outside don’t mean anything at all to us.
“What’s important is how the group, the players, how we determine our objectives, and our objectives are game-by-game. We want to achieve better performances each time, improve the team and improve the players.
“What is important is how you work and how you prepare for the next game. We look at each game at a time, and Sunday is the most important.
“My only objective is Sunday, I don’t think much further than that. We’ll see how we finish after.”
Previous articleBenitez insists that he is committed to Newcastle United
Next articleCeltic defender rejects having not joined Everton

Nuno Espirito Santo has committed his future to Premier League side Wolves by signing a new three-year contract with the club, as per 90MIN. The...
Read more
News

Swansea City are close to signing Wolves youngster Morgan Gibbs-White on loan ahead of the new campaign, according to Football League World.  The 20-year-old made...
Read more
Everton

Premier League clubs Wolves and Everton want to hire the services of Sevilla star Lucas Ocampos as the forward continues his impressive performances for...
Read more