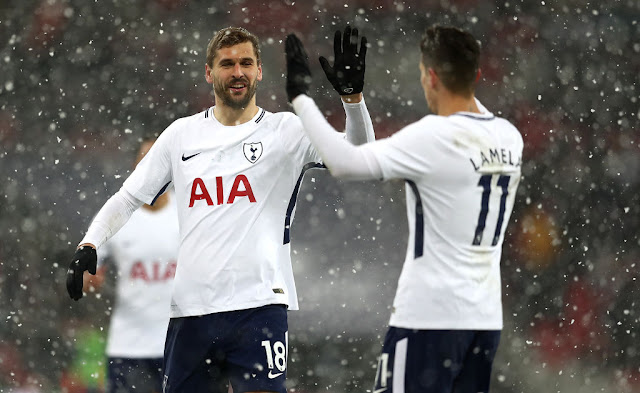 Everyone knows Rafael Benitez’s Newcastle United side major struggle this season is scoring goals.
The Magpies have conceded just 14 goals – the same as fifth-place Arsenal – but have scored just seven times in 11 English Premier League games, and currently sit precariously above the relegation zone.
With just six points picked up thus far after winning just one and losing seven of their games, Newcastle have to start scoring more if they are to retain their top-flight status next May.
Summer signing Salomon Rondon is clearly not the solution to the Magpies’ goalscoring woes after failing to open his account since arriving, and bringing in another target man in January is a necessity.
According to AS, Tottenham Hotspur’s striker Fernando Llorente has hinted he is ready to leave the English Premier League and return to Spain, and it’s understandable given his lack of playing minutes at the north London club since his arrival from Swansea last summer.
The 33-year-old has only played two times in the league this season – both from the bench – and Newcastle should come to his rescue by making a move in January.
Spurs won’t likely hesitate to let Llorente leave if suitors can pay near the £12.1million they signed him for, and landing such a veteran striker could be the difference between relegation and survival for Rafa Benitez’s side.
The last time the Spanish striker played a full season as a first-choice striker, he registered 15 goals in 33 EPL appearances, and he definitely can deliver if handed the opportunity.
Llorente has only managed to score once in his last 18 league appearances, but Newcastle shouldn’t hesitate to take the punt on him.
The former Juventus man brings the physicality and aerial presence Benitez desires in his strikers, and he looks capable of succeeding where Islam Slimani and Rondon failed.
Llorente won’t mind remaining in the English top-flight if he can play regularly, and Newcastle shouldn’t hesitate to pounce.