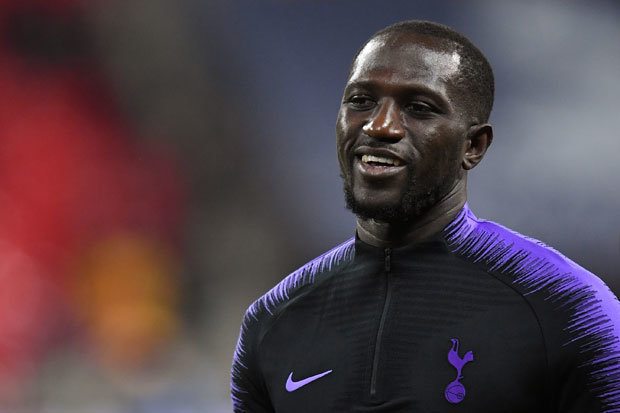 Tottenham defender Ben Davies has claimed that the club’s players are happy with the progress which Moussa Sissoko has been making.
Sissoko, now rated at €18m by Transfermarkt, arrived at the Lilywhites during the summer of 2016 for a fee of £30 million from Newcastle United. For much of his time with the club he has struggled to reproduce the form which saw him make a name for himself at the Magpies.
Some fans have even suggested that the club should look to offload the 29-year-old and use the funds generated from a sale to invest on developing other areas.
However, the French international has been in fine form so far this season and has managed to now establish himself as an important player for Mauricio Pochettino’s side. His rise in form also saw him win a recall to the French national team for their games against the Netherlands and Uruguay.
The Lilywhites have made their best start to a season and will be looking to end their ten-year trophy drought this season. If they are to achieve their target, Sissoko will likely have to maintain good form.
When discussing his team-mate, the left-back Davies said as quoted by TalkSport:
“I think he’s been playing very well for us.
“I spoke to Spurs TV the other day and it’s not just the work he does attacking for us – that’s the freedom the boys get here.

“It’s the effort he [gives] for us defensively, taking the ball from back to front. It’s the power he’s got when he gets going it’s massive for us and it can really take us from defence to attack pretty quickly.”