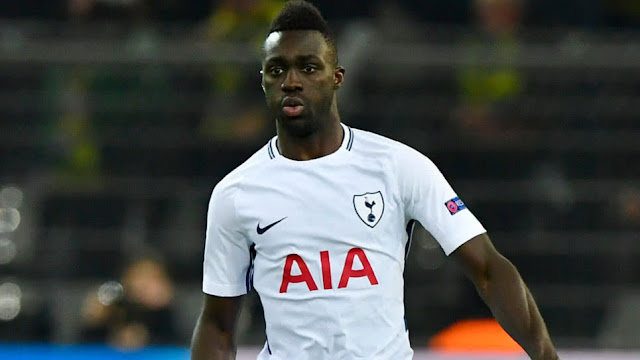 Werder Bremen midfielder Davy Klaassen has said that he believes that Tottenham defender Davinson Sanchez is capable of going on to become one of the best in World football.
Klaassen is familiar with Sanchez as the duo played a key role in guiding Dutch giants Ajax to the final of the 2016-17 Europa League which they lost against Manchester United.
Sanchez’s exploits in Holland saw him win a move to Spurs during the summer of 2017. The Colombian youngster enjoyed a successful first year in England as he went on to make 31 Premier League appearances for Mauricio Pochettino’s troops last season.
Sanchez’s brilliance at centre-back has begun to show this season in light of the injury to Jan Vertonghen and has so far played in every minute of their Champions League campaign this term.
The 22-year-old is currently out of action due to a hamstring injury which forced him to miss his sides 3-1 weekend victory against Chelsea. He is also expected to miss out when the Lilywhites play against Inter Milan in the Champions League on Wednesday.
Spurs fans can be excited for what lay in the future. The young duo of Juan Foyth and Sanchez look promising and could become mainstays of the side once Vertonghen and Toby Alderweireld get older or leave the club.
Klaassen who joined Wolfsburg following a disastrous spell with Everton last season has backed his former team-mate to go on and become one of the World’s best.
The Dutchman told Goal as reported by The Standard:
“I think [Davinson Sanchez] does great at the moment.
“I think from the beginning he was so good and I have no doubt that he will be a top, top player.
“I don’t know where he will go after this, but I’m sure he’ll be one of the best defenders in the world.”
Previous articleArsenal legend tears into Tottenham star for “committing ill-timed challenges”
Next articleNewcastle boss Benitez issues challenge to players