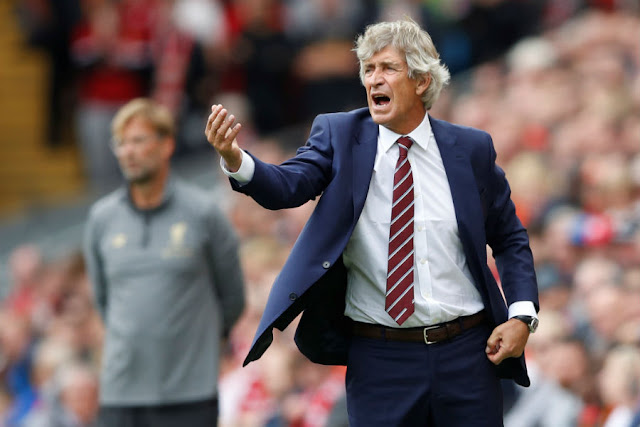 West Ham manager Manuel Pellegrini has said that Samir Nasri must prove his fitness if he is to win a contract with the club. The former Manchester City and Arsenal star is currently training with the Hammers as he looks to win a contract with the club till the end of this season.
Nasri has not played professional football for the past 18 months after he was found guilty off contravening World Anti-Doping Agency (WADA) rules in 2016. He will become eligible to play again from January 1.
The Hammers are currently in a precarious position in the Premier League. They have recovered decently after losing their opening four games of this season. However, if they suffer a few losses between now and the end of the year, they could be contenders to potentially be in the relegation dog-fight this season.
It would be wise for the East Londoners to strengthen during the January transfer window. If they do manage to pick up a couple of wins, they can look to secure a strong finish on the top half of the standings.
Nasri will be a worthwhile risk. The former France international may not have played for a year and a half but he is still at an age where he will be able to perform at a decent level.
He also works well with Hammers boss Pellegrini. The duo previously won the Premier League together while they were affiliated to Manchester City during the 2013/14 season.
When discussing whether Nasri will be signed, Pellegrini said as reported by Sky Sports:
“We will see. Samir Nasri is working with us after a long ban. We are giving him a hand to return to football.

“I hope that from now until the end of the year he will be fit and if that is the case we will try to keep him here at West Ham.”