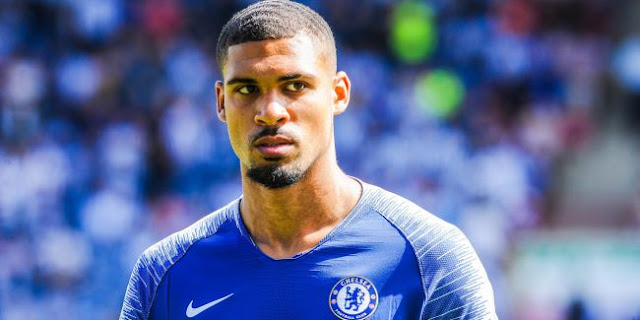 According to the Mirror, West Ham United are interested in snapping up Chelsea midfielder Ruben Loftus-Cheek on loan in January, but it remains to be seen if manager Maurizio Sarri will sanction the deal, as he currently sees the Englishman as a crucial part of his first-team.
The 22-year-old is currently behind the duo of Ross Barkley and Mateo Kovacic, who also have to slug it out for one starting berth in the middle of the park, and a temporary exit could tempt him if the Hammers can guarantee him regular playing time.
Loftus-Cheek spent last season on loan at Crystal Palace, and his performances earned him a spot in manager Gareth Southgate’s Three Lions World Cup squad.
The England international impressed in Russia, playing four times and was one of the breakout stars of the tournament as the country reached the semifinals.
However, those performances weren’t enough to make him an automatic starter at Chelsea, and he could crave playing regular football elsewhere.
West Ham boss Manuel Pellegrini seems ready to offer him that, and such a move will no doubt benefit both parties.
Finishing the 2018-19 Premier League campaign outside the top ten will be seen as an underachievement for the Hammers after the cash was splashed and nine players were brought in the summer.
Four of those arrivals have been plagued with injuries thus far, but that won’t be seen as an excuse for West Ham.
However, Loftus-Cheek can help further strengthen the team during the second half of the campaign and push them towards a top-half-of-the-table finish.
The youngster brings creativity, verve and goals to the table, and West Ham could do with plenty of them in order to finish strongly this season.