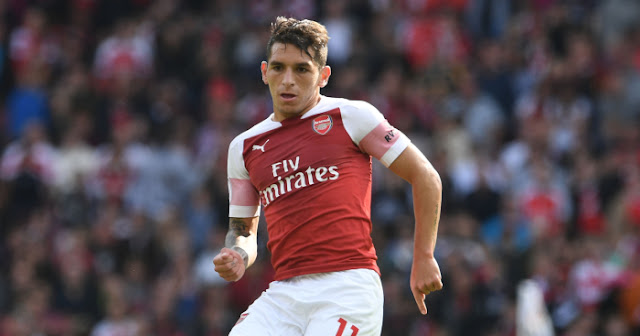 There was no doubt that Mo Salah of Liverpool was the best signing of last season. The Egyptian went on to score 32 goals in the Premier League. He was the highest scorer in the English top-flight and also played a key role in helping his club to reach the final of the Champions League which they lost to Real Madrid.
One could argue that the best signing of this summer so far has been Lucas Torreira. The 22-year-old is a dynamic midfielder and has great passing ability as well as all-round play. He also has an ability to score goals at vital moments.
He found the back of the net during the Gunners 4-2 victory over North London rivals Tottenham Hotspur. This result confirmed that the Gunners are capable of winning games against the best teams in the Premier League whom they have struggled against during recent years.
He also scored a brilliant overhead kick to guide his side to a 1-0 win against Huddersfield Town. The Uruguay international has proven to so far be the best signing of the summer because he is able to offer quality to his side both defensively and in attack.
At 22-years-old, Torreira is likely to become better during the coming years. The Gunners will have to win trophies going forward or else they could end up losing their star performers to elite clubs in a similar way to how they have lost many of their other stars.