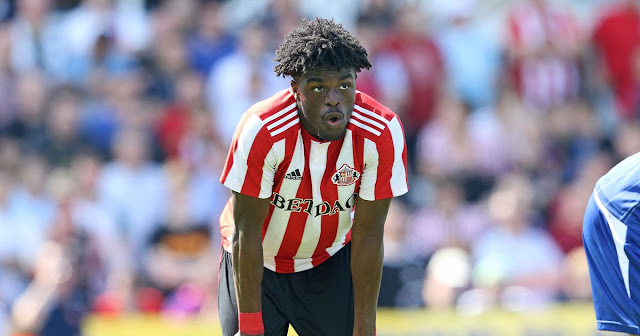 Following the sacking of Steve Bruce, Aston Villa have undergone a revival under the guidance of manager Dean Smith. The Villains now can seriously target a place in the playoffs next season.
They do however need to bring in new players in January if they want to win a place in the Premier League next season. One area which the Villains need to improve is their attack and Smith should look at bringing in a new striker in order to provide competition to Tammy Abraham and Jonathan Kodjia.
One player whom Smith should consider luring is talented Sunderland striker Josh Maja. Maja does have Championship experience, having scored one goal from 20 appearances for the Black Cats last term.
However, he is still just 20-years-old and will get better with time as he learns and develops. Maja has been good in front of goal for the Black Cats this season and has so far managed 13 goals from 20 appearances in all competitions.
Maja’s current contract is set to expire at the end of the season and has a result, Sunderland will have to sell him in January or else they will probably lose him for free.
Maja would be a good purchase for the Villains. He can serve as an understudy to Abraham with a view to becoming a first-choice striker in the future. Due to Abraham’s exceptional ability, it is unlikely that he will be staying at Villa for the long-term.
Maja is now ready to tackle the Championship and take his career to the next level.
Previous articleFabinho and Salah start, Strongest Predicted Liverpool lineup (4-3-3) to face Arsenal
Next articleWest Ham should aim to sign Spurs £26k-a-week player in January