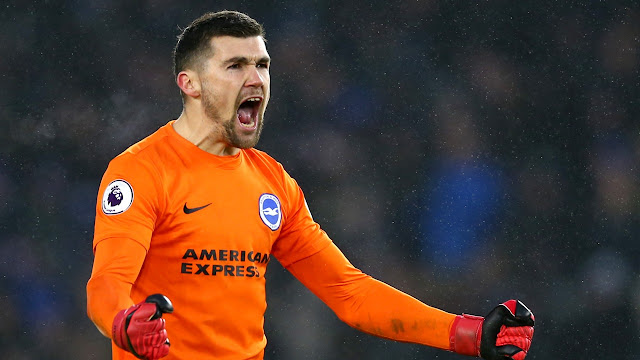 Brighton & Hove Albion will be without the services of goalkeeper Mathew Ryan next month according to The Argus.  Ryan will be part of the Australian national team squad which will play at the 2019 Asian Cup. The Socceroos won the last Asian Cup title in 2015 and will be looking to defend their crown.
Ryan’s international involvement means that he is set to miss several Premier League games as well as an FA Cup clash.
This will be a huge blow to the Seagulls. Ryan is a key player of the club’s first-team and the Aussie has so far played in all 17 of their Premier League games to date. Since joining the Seagulls in August 2017 from Valencia, Ryan has established himself as an important player within Chris Hughton’s side. He has made 55 unbroken Premier League appearances so far for his side.
He has in-fact been so impressive that he has been linked with a move to Manchester United in the event that David de Gea leaves Old Trafford.
The Asian Cup will start on January 5 and finish on February 1. Australia will play group fixtures against Jordan, Palestine and Syria.
On paper, the Socceroo’s should be able to win all three of their group fixtures easily, however, they could face tricky games in the knockout rounds of the competition and this is where they will likely have to depend on the expertise of Ryan.
It is expected that Ryan will receive special dispensation similar to South Korea’s Son Heung-Min to link up with his national team at a later date.