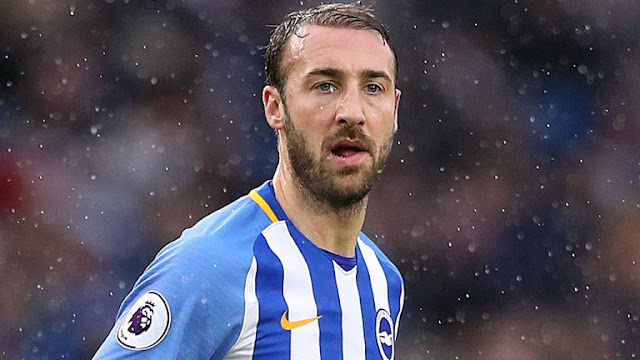 Brighton and Hove Albion star Glenn Murray believes that Crystal Palace’s Wilfried Zaha will make a move to a big club.
The 26-year-old Zaha has established himself as a star within Palace during recent seasons and some critics of the club have accused it of being a one-man team which revolves around him.
Zaha is a product of the Palace youth development system and started his professional career with the Eagles. After showing promise from a young age, he earned himself a move to Manchester United in 2013.
However, his spell with the Red Devils did not go according to plan as he failed to establish himself within the first team. He went on to have two loan spells with Palace and one with Cardiff City before re-joining his boyhood club on a permanent basis in 2015.
It was after re-joining the Eagles permanently in 2015 that Zaha began to blossom as a player. He has established himself as a quality attacker and there is a general belief among many football fans that he will eventually join a top-6 club.
Murray agrees and he told The Argus: “He was just a phenomenal talent from a very early age.
“It needed to be coached a little bit – Dougie Freeman helped him with that – and then now we are seeing the player I always believed he would become.
“You don’t get a move to Manchester United from the Championship for no reason.
“That didn’t work out for him but he is an exceptional footballer.

“He was doing things in games and training that made you realise this kid has got something special.”

Crystal Palace complete the signing of Michy Batshuayi on loan

Crystal Palace have completed the signing of Chelsea forward Michy Batshuayi on loan for the second time, according to Goal.com. The Belgium international has penned...
Read more
Crystal Palace

Michy Batshuayi ready to return to Crystal Palace on loan

Belgian footballer Michy Batshuayi is set to join Crystal Palace on loan this summer once he pens a contract extension at Chelsea, according to...
Read more
Brighton and Hove Albion