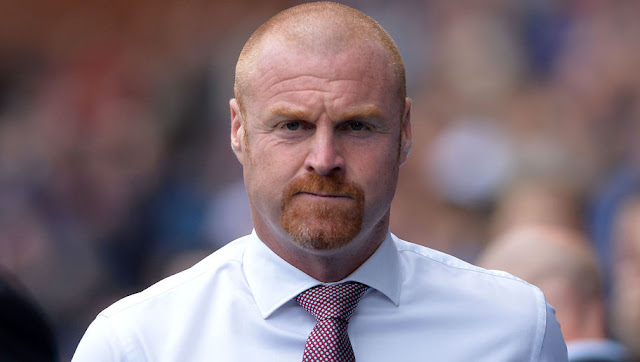 Burnley boss Sean Dyche has hit back at Liverpool boss Jurgen Klopp who claimed that the challenge which Ben Mee made on Joe Gomez during the game between the two sides last Wednesday should be outlawed while condemning the struggling side for their aggressive style of play.
Dyche has not taken too lightly to the comments made by his German counterpart. The 47-year-old has also suggested that the lunges of Roberto Firmino at Johann Berg Gudmundsson were more unacceptable than the challenge of Mee which caused a leg injury to Gomez.
Dyche has indicated that his side did not made a fuss about the challenge on Gudmundsson as they are not “cry-babies”. This is quite evidently a personal attack on Klopp.
As quoted by The Sun, Dyche said:
“It was a naughty one that, Firmino having a couple of goes at Gudmundsson. We just tend to not cry.
“You want to see Ben Mee’s shins, with stud marks all down them. And Phil Bardsley’s.
“But I don’t have a problem with that. It should be a tough game played fairly by all. In our game I don’t think there was much going on other than just good effort to win the ball properly.”
Dyche also attacked Klopp for failing to point out Daniel Sturridge’s blatant dive during the game. He added:
“Goodness, no, is the answer. I try and be fair, and I’m not going to give one view in public and tell the players to do something different.
“When I see people diving with no contact, which we saw with Daniel Sturridge, I’m amazed that the powers that be in football don’t do anything about it.”
Interestingly, the Clarets were the only side in the Premier League last season that did not win a single penalty during the campaign. They are also yet to win a spot-kick this season.

The last spot-kick which they had was when Sam Vokes netted against Everton last April.