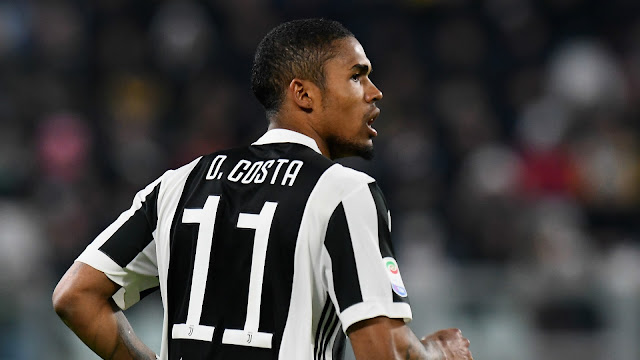 Chelsea would need to make attacking reinforcements soon. Willian is 30-years-old, Cesc Fabregas is 31-years-old and Pedro is also 31.
All three are still able to perform at the highest level but the Blues must look to sign new players to provide them with stuff competition to ensure smooth continuity within the team. There is also a good chance that one or two of them will leave the club during the coming months and this means that replacements will have to be found.
One player whom would be a good signing for the Stamford Bridge giants is Brazilian winger Douglas Costa. Costa is a quality player and boasts energy and flair in the final third. Costa is able to deliver fantastic crosses into the box and is a prolific goal-scorer.
This could be a valuable asset for the Blues if they sign him. He will also be able to fill in the void if Eden Hazard does depart from the club. Hazard has been strongly linked with a move to Spanish giants Real Madrid who are reportedly eyeing him as a direct replacement for Cristiano Ronaldo.
Costa has struggled to deliver this season with Juventus as he has failed to find the back of the net from 11 Serie A appearances. However, he is a quality talent and will be able to thrive in the right conditions. Chelsea must aim to sign him as he is the type of player that they need if they want to return to challenging for the Premier League.
Previous articleTottenham Hotspur boss provides key injury update on Dele Alli after Everton triumph
Next articleSteven Pienaar delivers message to Everton

Chelsea have turned down Inter Milan’s bid for N’Golo Kante that involved Marcelo Brozovic as a makeweight, according to 90MIN. The 29-year-old suffered an injury...
Read more
Juventus

According to Goal.com, Juventus have terminated the contract of Gonzalo Higuain, and now he is close to signing for Inter Miami on a two-season...
Read more