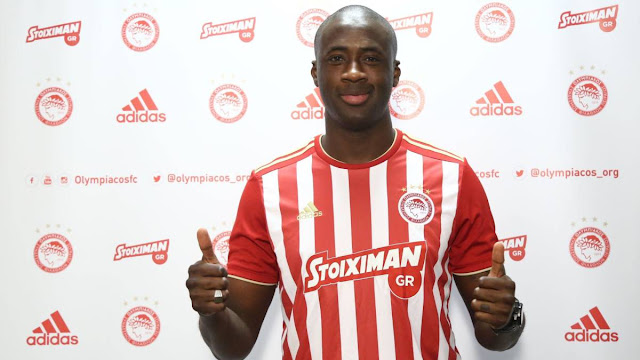 The Premier League is certainly very competitive so far this season and the league is anyone’s guess as to who will get relegated this season.
However, one team which looks like they are going to go down is Fulham. The Cottagers are struggling for consistency and after losing against West Ham United last weekend in the League, they remain rooted to the bottom of the Premier League standings.
Aside from Aleksandar Mitrovic, who has scored several goals so far this season, the other Fulham players have struggled to score goals on a regular basis and have only recorded 16 goals all season.
The Cottagers clearly need to bring in more talent in January if they want to avoid getting relegated. One man whom they should look into signing is former Manchester City star Yaya Toure. Toure left City at the end of last season and has since joined Greek club Olympiacos.
However, he has struggled to play regularly for the Greek giants and has so far started for the club just once in the League and once in the Europa League. Per Sky Sports, Toure has “mutually agreed” to terminate his contract at Olympiakos after making just five overall appearances for the club.
Despite being 35-years-old, Toure still has a burning desire to compete at the highest level and should be able to do a decent job in midfield for Claudio Ranieri’s men.
Toure possesses great passing ability, ball-retention ability and is able to effortlessly get past some of the best defenders in the game.
He is one of the players whom Ranieri should consider bringing to Craven Cottage in January.