Crystal Palace must aim to sign Everton speedster in January 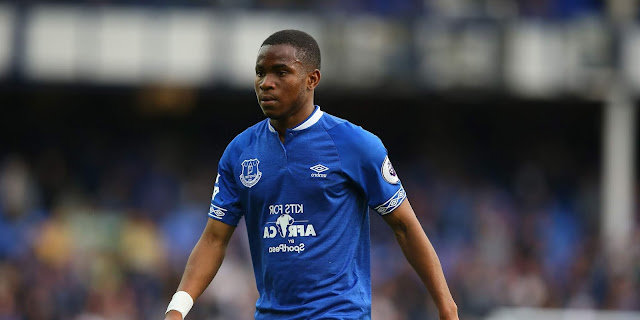 Everton are playing an impressive brand of football this season under Marco Silva as they look as though they can seriously target European football next season.
The Toffees are lucky to have quality in their attacking department and as a result, Ademola Lookman has not been given sufficient opportunities. The youngster has been consigned to mainly making appearances off the bench.
The 21-year-old proved that he is a quality player during the second half of last season as he went on to score five goals from 11 appearances. It would be a good decision for the Toffees to loan out Lookman in January so that he can keep his confidence at a high level.
Crystal Palace have struggled in terms of their depth up front this season and have been a bit too reliant upon Andros Townsend and Wilfried Zaha. Getting Lookman into Palace would add quality to Roy Hodgson’s attack. The youngster is capable of playing on either flank and will be able to create chances for Townsend and Zaha.
Eagles boss Hodgson is renowned for working well with young talent. Last season, he managed to help Ruben Loftus-Cheek transform into a quality player and Loftus-Cheek won a place in the England World Cup squad before he returned to his boyhood club Chelsea during last summer’s transfer window.
Palace look like they are set to face a battle to avoid relegation this season and they should add depth to their squad in January. Lookman is one player whose presence they could benefit from.
Previous articleChelsea must hold onto dynamic youth talent amidst interest from Barcelona
Next articleWest Ham star set to snub England

Crystal Palace complete the signing of Michy Batshuayi on loan

Crystal Palace have completed the signing of Chelsea forward Michy Batshuayi on loan for the second time, according to Goal.com. The Belgium international has penned...
Read more