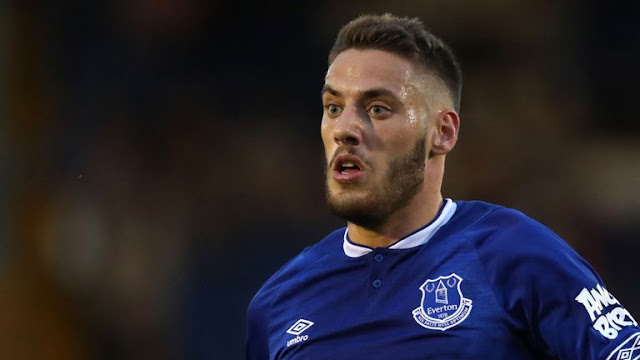 Everton winger Nikola Vlasic has admitted that he is open to staying with CSKA Moscow. The 21-year-old Vlasic arrived at the Toffees during the summer of 2017 from Hajduk Split.
He struggled to make a notable impact at Goodisan Park last term as he went on to make just 19 appearances in all competitions, scoring two goals. Since arriving at CSKA on loan during the summer, Vlasic has established himself as one of the stars for the Russian giants. He has so far scored several goals and recorded three assists for CSKA. He also managed to score a winner in the Champions League against Real Madrid as well as force his way into the Croatian national team.
Due to his impressive form, there has been talk that Vlasic could return to Everton. Whether Marco Silva would be interested in bringing the player back remains to be seen. Vlasic’s agent Tonci Martic did tell Tuttomercatoweb in November that Serie A giants Inter Milan and Roma were interested in his client.
Considering that the Toffees do not play Champions League football and that he was not assured of regular first-team football by Silva, Vlasic may favour to move away from the Merseyside club.
He told Russian source Bob Soccer: “I am very happy and glad I’m at CSKA,
“I truly believe that I am at home, this is my team, and if the decision depended only on me, it would be a very easy choice. I’d say yes and remain a CSKA footballer, but, unfortunately, there are several other interested parties.
“It’s particularly necessary to understand Everton’s position, how it relates to the situation and what they think.
“It’s not up to me. Let’s wait until the summer and see what the decision is.