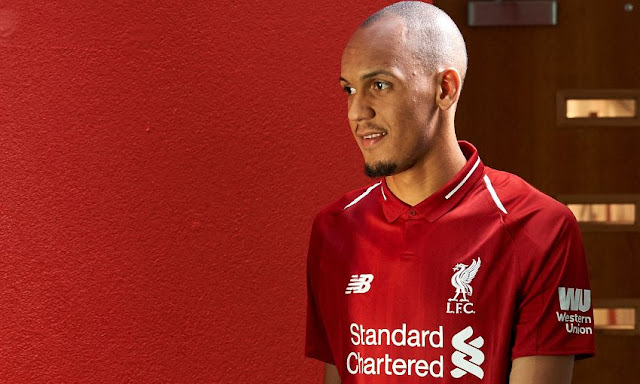 Liverpool midfielder Fabinho has claimed that his side are fully focused on getting a result against Burnley.
The Reds continued their good form in the League last weekend as they recorded a hard-fought 1-0 win against Everton. For much of the Merseyside derby, it looked as though table-toppers Manchester City would be the biggest winners.
However, the Reds got a stroke of luck during the 96th minute of the game. Virgil Van Dijk’s miscued volley was tipped onto the bar by Toffees goalkeeper Jordan Pickford and into the path of Divock Origi who made no mistake in slotting the ball into the net.
The Reds look like they will be title-contenders this season. They have one of the best goalkeepers in the World in Alisson. They also have arguably the best left-back in the League in Andy Robertson as well as arguably one of the best centre-backs in Virgil Van Dijk.
The Reds are next in action on Wednesday against Burnley and if they get the basics right, it will be hard to see them dropping points against Sean Dyche’s side who are currently in 19th position on the League standings.
When asked by Liverpool FC if his side are setting their sights on the game against Burnley, Fabinho said:
“Without a doubt.
“When you’ve got a lot of fixtures in a short space of time after each game, whatever the result was, you have to immediately start preparing for the next game.

“That’s what we’re doing: the result against Everton was great, another three points, we’re still fighting for first place, but now we’ve got an important, difficult game against Burnley. We’re going to work hard and focus on this game.”