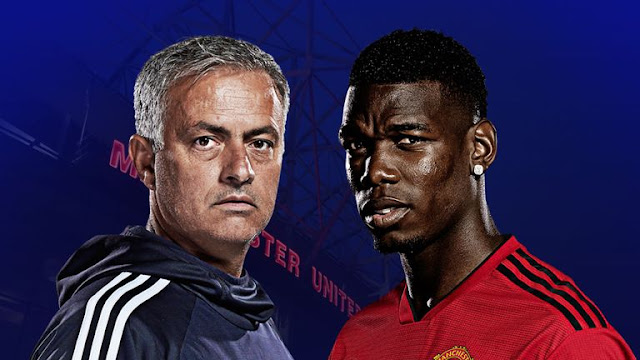 Manchester United sacked Jose Mourinho as manager on Tuesday following their 3-1 defeat against Liverpool last weekend. To many, this was coming. The Red Devils are clearly struggling for consistency this season amidst reports of backroom turmoil. Mourinho reportedly had a very fractured relationship notably with Paul Pogba.
United are out of the title race this season. As things stand, they are 19 points behind league leaders Liverpool. If there is a revival, they could potentially challenge for a top four finish as they are currently nine points adrift of fourth placed Chelsea.
That said, an official statement from the club read: “A caretaker manager will be appointed until the end of the season while the club conducts a thorough recruitment process for a new, full-time manager” but here are contenders who could possibly be approached for the job.
Zinedine Zidane
Zidane has not had a job since he left Real Madrid last summer. The Frenchman has famously won three successive Champions League titles with Madrid and is easily one of the most decorated managers who is unemployed. However, critics may point to his lack of experience in England. Zidane has also only managed Madrid who have one of the world’s biggest transfer budgets as far as club football goes.
Antonio Conte
Conte could just be the best possible candidate for United at this point. He has previously won the Premier League with Chelsea during the 2016-17 season.  He also has experience rebuilding a side. He inherited a Chelsea season which had not qualified for the Champions League during the 2015-16 season and transformed them into Champions of England the following season.
Ole Gunnar Solskjaer
Former United star Solskjaer is currently the favourite to take over the club on an interim basis. Solskjaer’s current club Molde are currently off-season and will only return to competitive action in March.
Fans will be happy to see Solksjaer return to the club. If he achieves positive results if appointed, he should be considered for the permanent job. It is however important to mention that Solskjear did previously have a managerial stint with Cardiff City which was unsuccessful. He oversaw the club being relegated from the Premier League and left them 17th in the Championship before being sacked.
Mauricio Pochettino
Pochettino is currently one of the most highly-rated and sought after managers in world football. The Argentine’s attacking football and tactical brilliance will be well received at Old Trafford.  However, United could face a difficult task to recruit Poch.
Spurs chairman Daniel Levy is one of the toughest negotiators around and he will likely demand an astronomical sum of money from United to release Poch from his contract in North London.
Previous article‘Once a blue, always a blue,’ some Premier League fans react after Jose Mourinho’s Manchester United sack
Next articlePotential bad news for Aston Villa