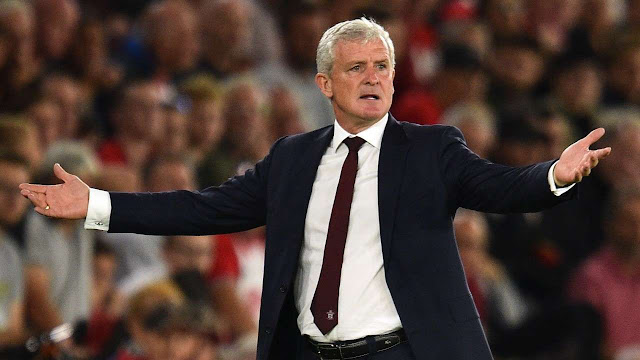 Mark Hughes became the second Premier League managerial sacking of this season after Southampton decided to sack him on Monday. The Saints most recent result was a 2-2 draw against Manchester United on Saturday but this was not enough to save Hughes from the sack.
The South Coast club finds itself in the relegation and without a home win this season. The club now finds itself having to fight off relegation as it had to last season. Hughes managed to achieve his mandate last season after the club found itself in a similar position but he could not help the club achieve consistency and managed just 18-months at the helm.
One man who is reportedly interested in succeeding Hughes according to Sky Sources is former Everton, West Ham United and Manchester United boss David Moyes.
Moyes has been out of work since West Ham opted not to renew his contract with the club at the end of last season and instead employed Manuel Pellegrini as their new manager. Many fans will have negative perceptions of Moyes due to his recent failed managerial stints with Manchester United, Real Sociedad and Sunderland.
However, it must not be forgotten that Moyes led Everton admirably between 2002-2013 and this was the reason that he was chosen as the candidate to replace the legendary Sir Alex Ferguson at the helm of Manchester United in 2013.

Moyes also successfully helped West Ham to avoid relegation last season after he was appointed to do just that following the sacking of Slaven Bilic. There are not many candidates with the same level of experience and knowledge of English football as Moyes. The Saints must make a move on him.