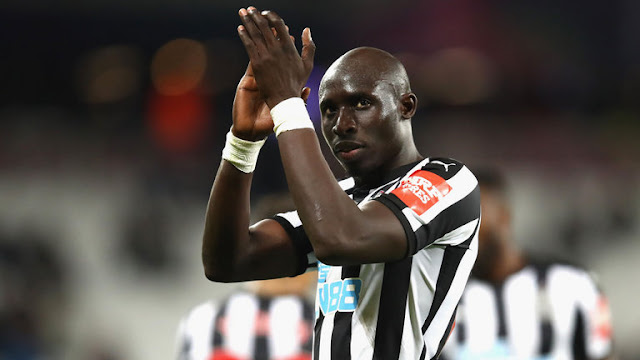 Newcastle United midfielder Mo Diame was left frustrated after his club experienced yet another defeat at the hands of Wolverhampton Wanderers on Sunday.
The Toon Army went down 2-1 against Nuno Espirito Santo’s side. Wolves took the lead during the 17th minute through Diogo Jota before Ayoze Perez drew the Magpies level during the 23rd minute.
Newcastle’s chances of winning the game were effectively ended during the 57th minute after DeAndre Yedlin was given a red-card following a professional foul.
Matt Doherty won the game for Wolves during second half stoppage time as he headed from close range to push his side onto the top half of the standings. Newcastle meanwhile moved down into 15th position and are now just three points above the relegation zone.
The win is the second consecutive good result for Nuno’s outfit after they stunned Chelsea last week. Newcastle will need to shake the defeat off and start delivering soon or they could face yet another relegation battle.
After the game, a dejected Diame said as per Goal:
“It was a really bad result.
“We can say everything about how we fought, we showed good attitude but we lost the points, especially at home that is disappointing.
“We had a good point against Everton last Wednesday and Wolves was a good opportunity for us with all the results from Saturday, now we are disappointed not to have done our bit to get the result we wanted.
“When you lose there is always something to blame. I know a lot of people will say we have worked hard, gave a lot but not everything because we lost and we are left disappointed again.
“At home all the bottom teams we face we need to take the three points. When you play away it is different but we should be looking to beat teams in the bottom half when we are at home.

“I don’t know what to say about the run (seven home defeats from nine). It’s bad. We know that. We need points and we need to change that as soon as possible.”
Previous articleEverton goalkeeper Pickford comments following draw against Watford
Next articleBrighton boss Chris Hughton makes bold statement ahead of Chelsea game

New owners took over Newcastle United in October 2021, which then increased the excitement level of the fans by dreaming of many new signings....
Read more
Transfers

Nuno Espirito Santo has committed his future to Premier League side Wolves by signing a new three-year contract with the club, as per 90MIN. The...
Read more
Newcastle United