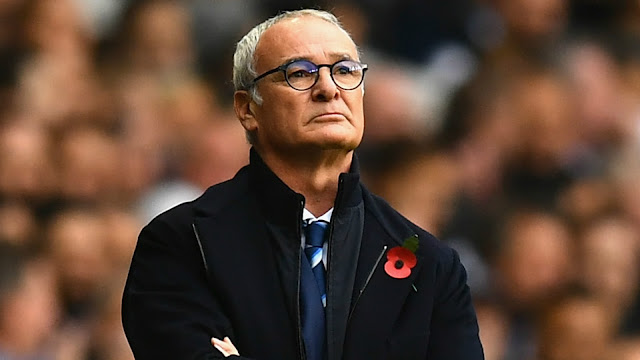 Fulham boss Claudio Ranieri has revealed that he did not think twice when the opportunity to manage the struggling club was offered to him.
The former Leicester City and Chelsea manager was appointed as manager of the Cottagers two weeks ago after the club made a poor start to the season and opted to sack Slavisa Jokanovic.
The Cottagers are among the favourites to be relegated this season and find themselves rooted to the bottom of the standings following their 2-0 defeat at the hands of Chelsea on Sunday.
Even though Fulham have not been impressive this season, they do have influential players within their squad such as Ryan Sessegnon who is expected to be a future star of English football as well as Jean Michael Seri and former Chelsea man Andre Schurrle.
Ranieri started off life at the club on a good note last weekend as he led them to a 3-2 win against Southampton. The loss to Chelsea will naturally be disappointing to fans but it can be forgiven as it came against arguably one of the best sides in England.
Fans will be hoping that the experience of Ranieri can help them to avoid the drop this season. The veteran tactician is best remembered for having led Leicester City to the Premier League title during the 2015/16 season.
Ranieri told Sky Sports: “Never do I see a job on which position [the club are in]. If I have a feeling, I am happy. I have been at Parma, and Parma were down the bottom at the end of February. Why did I go there? I went and saved the team. Now there is a good club, a historic club, good president, good crowd, close to my house…..why not? It is perfect for me.
“The first thing [to implement] was a fighting spirit, and then to play more vertical balls. I like to keep possession of the ball, but not often. I want to go straight away to find a solution to score the goals. If that isn’t possible, OK, keep possession, but I don’t want to keep possession from the start. I don’t love this, I love to make chances to score.
“It is a big challenge. I feel it is difficult, but I am confident with my players, the crowd, the president at Fulham. Maybe because I am an ambitious, positive man, I don’t know. I believe.

“We have to make a perfect match, and for Chelsea to make something less. We can do everything perfectly, but they have champions who can change and invent something.”

Previous articleWest Ham star Felipe Anderson makes plea to team-mates
Next articleDespite win, Pellegrini thinks that his side could have done better against Newcastle

Arsenal keeper Emiliano Martinez hasn’t been included in the squad ahead of their opening league match at Fulham, with Brighton and Aston Villa keen...
Read more
Fulham

Fulham midfielder Jean Michael Seri is being linked with an exit from Craven Cottage this summer. According to a Sky Sports report, Inter Milan are...
Read more
Crystal Palace

West Ham are considering selling their midfielder Josh Cullen this summer for a small amount, and Crystal Palace and Fulham are keen to sign...
Read more