Fulham striker Mitrovic insists that he can get better 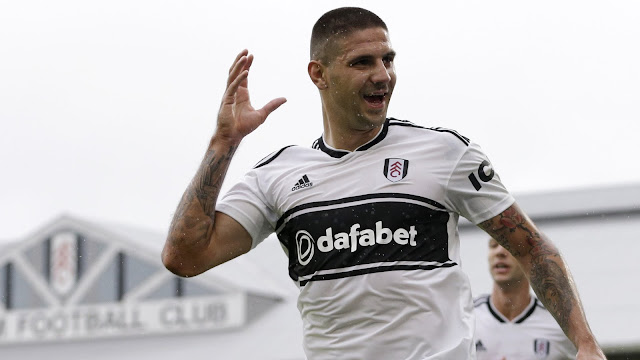 Fulham striker Aleksandar Mitrovic has insisted that he can continue to get better. The Cottagers are struggling in the Premier League so far this season and could have a tough task on their hands to avoid relegation from the top-flight.
Many fans of the club will however be inspired by the appointment of Claudio Ranieri as manager after Slavisa Jokanovic was recently sacked. Ranieri is best remembered for his heroics during the 2015/16 season as he led Leicester City to the Premier League title.
Mitrovic’s form this season has also been a cause for joy among Fulham fans. The Serbian international has so far managed to find the back of the net several times at the time of going to print and also recorded one assist in the process.
If Fulham are to avoid the drop this season, it is essential that they get good displays out of the striker. Prior to joining the Cottagers, Mitrovic was on the books of Newcastle United where he had an indifferent spell. There were times when his form was superb and others where he struggled in front of goal while at the Magpies.
Speaking ahead of his sides game against Leicester on Wednesday, Mitrovic told Sky Sports:
“I feel good at the moment, I feel really good on the pitch.
“I’m very happy that I am playing football in the Premier League and for my country as well.
“I’m enjoying my time here at Fulham, and my time in this team.

Arsenal keeper Emiliano Martinez hasn’t been included in the squad ahead of their opening league match at Fulham, with Brighton and Aston Villa keen...
Read more
Fulham

Fulham midfielder Jean Michael Seri is being linked with an exit from Craven Cottage this summer. According to a Sky Sports report, Inter Milan are...
Read more
Crystal Palace

West Ham are considering selling their midfielder Josh Cullen this summer for a small amount, and Crystal Palace and Fulham are keen to sign...
Read more