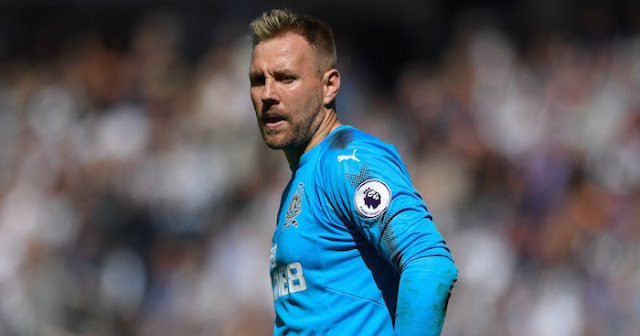 Speaking ahead of his sides game against Watford this weekend, Newcastle United manager Rafa Benitez indicated that Rob Elliot is now his fourth choice goalkeeper and added that he is willing to offload the 32-year-old as reported by The Chronicle.
Leeds United have been linked with Elliot’s team-mate Karl Darlow who now looks unlikely to leave St James Park in January. While they may not be able to sign Darlow, they should seriously consider making a move for Elliot.
It was more or less confirmed that Elliot is not in the first-team plans of the Magpies when Benitez decide to give youngster Freddie Woodman the nod over him during the club’s FA Cup clash against Blackburn Rovers.
Leeds clearly need a new goalkeeper this January to provide competition and cover for Bailey Peacock-Farell.  After Jamal Blackburn was injured and returned to Chelsea, the club will have to utilize youngsters Will Huffer or Kamil Miazek in goal should Peacock-Farell be injured.
This is not an ideal position to be in, especially as they are aiming to secure promotion next season. The £25,000-a-wk [Spotrac] would be a good option for the club to bring in.
He has spent the past several years with the Toon Army and boasts significant Premier League experience, having turned out 16 times for the club in the top-flight last season after ousting Karl Darlow as the team’s first-choice keeper.
He did however end up losing the position once Martin Dubravka joined the club last January. Elliot has what it takes to churn out quality performances in the Championship and will be good cover for Peacock-Farell.
Leeds must make a move for him this January.