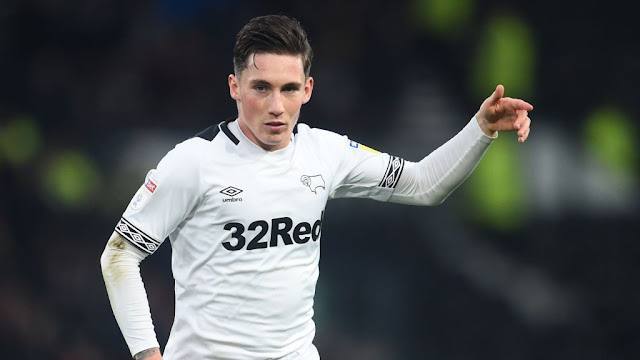 Liverpool have provided a much needed boost for Derby County with youngster Harry Wilson expected to remain at Pride Park for the rest of the season. Rams boss Frank Lampard had recently suggested that the Reds have the option to recall the versatile attacker when the transfer window reopens but that does not appear the case.
According to The Telegraph’s John Percy, the Merseyside outfit are pleased with the development of Wilson under the tutelage of Lampard and they are unlikely to trigger the recall clause at the turn of the year, he tweeted:

#lfc have no plans to recall Harry Wilson from his loan at Derby in January. There is a recall option but highly unlikely to be triggered. Understand Liverpool are delighted with how the loan move is working out #dcfc
— John Percy (@JPercyTelegraph) December 6, 2018

The Rams have gone through a mixed Championship campaign where they have failed to produce a long-winning run but they have nonetheless been picking up victories every now and then to keep them aloft in the playoff race. At present, Lampard’s team are only behind the playoff positions on goal difference and they can jump into the top six this weekend with either a resounding win or any of the four teams ahead of them dropping points.
Meanwhile, Wilson has been making the headlines with exemplary goals from long-range this term and he has been in excellent run of form since the previous international break with four goals from the previous three appearances.
Among those, he managed a brace during the recent 2-1 triumph over Swansea City where he scored the opener with a stunning 25-yard strike, which has pretty much become his trademark. Derby will be eyeing back-to-back league wins for the first time since October when they make the trip to Wigan Athletic on Saturday.