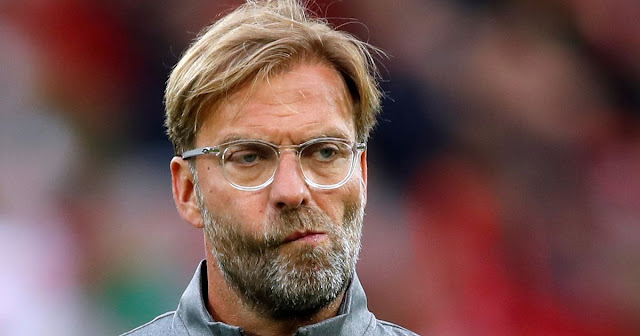 Liverpool manager Jurgen Klopp has received a double injury boost ahead of the Reds’ Premier League clash against Newcastle United at Anfield on Boxing Day. The Merseyside giants have remained unbeaten since the start of the season and Saturday witnessed them secure a victory at Wolverhampton Wanderers which extended their lead at the top of the table to four points.
According to The Liverpool Echo, the German tactician is now expected to receive some boost on the injury front with Trent Alexander-Arnold likely to return to action after recovering from the foot problem which has kept him out for the past two league matches against Manchester United and Wolves respectively.
Aside from the Englishman, Klopp should also have the services of Naby Keita available on Boxing Day despite the Guinea international suffering a cut to his foot after several robust challenge during the recent visit to the Molineux Stadium. Liverpool have remained solid defensively since the start of the campaign and this has helped them bridge a four-point gap between themselves and Manchester City, who have been found out at the back during the festive month.
Next up, the Reds prepare for the return of Rafael Benitez with his Newcastle United side and they can anticipate a defensive-minded performance from the Magpies, who will seek to ensure that they can get something from the game. Nonetheless, Klopp’s team cannot afford to drop any points with the visit of Arsenal and an away trip to Manchester City to follow where the match against the latter could define their title credentials.
Liverpool secured a 2-0 triumph over Newcastle United during the latter’s visit during the month of March. The game witnessed the Reds win for the first time with Benitez on the opposition dugout after previously going five matches (two losses and three draws) without getting a triumph over their ex-head coach.
Previous articleFormer Everton star Wayne Rooney makes surprise revelation
Next articleTwo goalkeepers that Leeds United should look to sign this January

Liverpool in recent times has been impenetrable at the back. Their rock-solid defense has been the key that has unlocked multiple triumphs for them. Now,...
Read more
Newcastle United

New owners took over Newcastle United in October 2021, which then increased the excitement level of the fans by dreaming of many new signings....
Read more
Bayern Munich

According to Goal.com, Liverpool are close to signing Bayern Munich player Thiago Alcantara as they have agreed an initial £20 million fee for the...
Read more