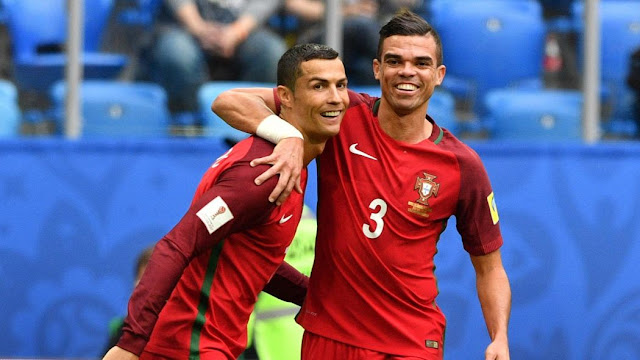 According to a report published by Goal, former Real Madrid defender Pepe has had his contract terminated by Turkish club Besiktas and is now a free agent.
The veteran was contracted to the Turkish giants till 2019 but they had to cut short his stay at the club amidst financial issues.
Manchester United must make a move for Pepe in January and sign him on a short-term deal. The Red Devils have been poor in defence this season and this was once again shown last weekend during their 3-1 defeat against Liverpool.
On a worrying note for United, they have shipped in 29 goals in the League this season which is the most of any of the team’s in the top six. They also shipped in 28 goals in the League as a whole last season, so they have already shipped in more goals than they did during the entirety of last season.
Central defenders Eric Bailly, Chris Smalling and Victor Lindelof have all been inconsistent and it is quite obvious that Jose Mourinho needs to upgrade his defensive options if United want to push for a top four finish this season.
Despite being 35-years-old, Pepe is still an astute defender. He played for Portugal during the 2018 World Cup and has also not yet retired from international football. He also went on to play 17 times for Besiktas this season and registered an impressive five goals.
Pepe, who was an integral part of the Portuguese team that won the UEFA Euro 2016 tournament, could be a good short-term option to bolster United’s defense. Mourinho must go all out to sign him in January.