“One of the best” – Tottenham boss Pochettino raves about key-player 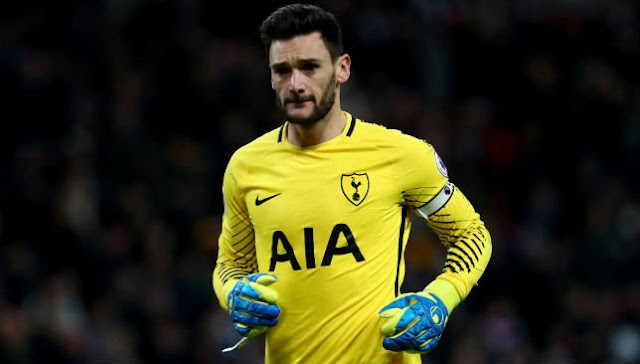 Tottenham manager Mauricio Pochettino has said that he has not lost faith in goalkeeper Hugo Lloris despite the Frenchman’s inconsistency this season.
The 2018 World Cup winner was arrested for drink-driving in August and committed high-profile mistakes in the Champions League against the likes of PSV and Barcelona this season.
However, the 31-year-old showed his class by delivering a man of the match performance during Spurs 2-1 victory against Southampton on Wednesday.
By the 55th minute of the game, Spurs were already 3-0 up through goals from Harry Kane, Lucas Moura and Son Heung-Min before Charlie Austin scored a consolation goal for the Saints during second half stoppage time.
The win for Spurs was the perfect response following their weekend defeat in the North London derby against Arsenal. They now move into third position on the Premier League standings and are eight points adrift of log leaders Manchester City.
Spurs hopes of finishing in the top four this season and potentially challenging for major trophies including the Premier League is likely to depend on the form of Lloris.
As quoted by Football.London, Pochettino said: “I was saying that maybe we conceded more chances in the last 30 minutes than in 90 minutes against Arsenal,”
“Look for me Hugo, playing well or sometimes not so well, for me is one of the best ‘keepers in the world but I back him because after four and a half years working together I know the condition and quality of him and today is not a surprise for me.
“When he wasn’t great, I think always I am going to back him because I know the quality of keeper I have.”

Lloris has established himself as a pillar of the Spurs first-team since he arrived at the club in 2012 and replaced American Brad Friedel as the club’s first-choice keeper. Spurs next face a potentially tricky trip this Saturday against Leicester City.