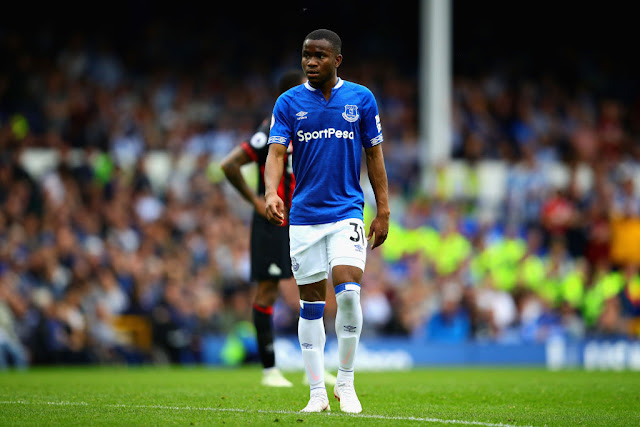 Southampton are in trouble at the moment and clearly one of the clubs who are favourites to be relegated this season. Following their 1-0 defeat to Cardiff City during the weekend, the Saints languish in 19th position on the Premier League standings with 9 points from 16 games.
They have so far scored just 13 goals. Only Huddersfield Town with 10 have scored fewer. It is quite clear that the Saints need a new attacking threat during the second half of the season if they want to stand a chance of avoiding the drop.
Danny Ings, Manolo Gabbiadini and Shane Long have all been struggling to score goals on a regular basis. One player who the Saints should look at to revitalize their attack is Everton youngster Ademola Lookman.
Lookman has been restricted to mainly substitute appearances for the Toffees this season due to the attacking quality which Marco Silva has at his disposal. The 21-year-old spent the second half of season playing under current Saints manager Ralph Hasenhuttl and he impressed as he went on score five goals and pick up three assists during his 11 games in Germany with RB Leipzig.
Everton sending Lookman out on loan to Hasenhuttl’s side would be a win-win for both parties. The player would be able to get more experience at the highest level. He would also benefit the Saints during this difficult time and the thought of playing under a manager whom he previously succeeded under must surely be appealing.
The Saints must push on securing this loan signing in January.
Previous articleEverton star Sigurdsson reveals his thoughts on club’s summer signings
Next articleBournemouth manager Eddie Howe issues backing to under-fire defender

Jose Mourinho’s Tottenham failed to get a good start as they suffered a 1-0 defeat against Everton in the Premier League opener. Ten minutes after...
Read more
News

Southampton player Sofiane Boufal could be on the move from Saint Mary’s Stadium this summer, with Olympiakos the latest side to be keen to...
Read more
Everton

Everton claimed an easy 1-0 victory at Tottenham yesterday to get their new season off to an ideal start. Dominic Calvert-Lewin’s goal proved sufficient...
Read more