Origi vs Firmino: who should start against Wolves later tonight | Opinion 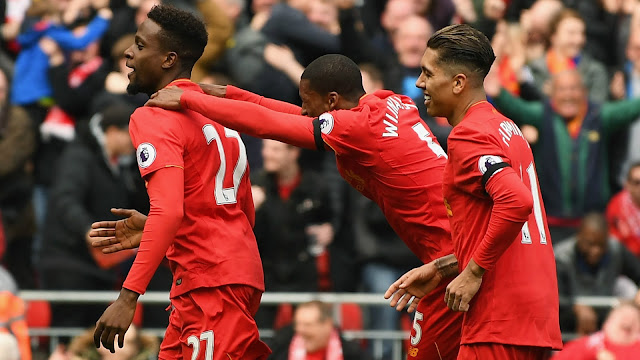 After being ignored for 12 weeks of Premier League action, Belgium star Divock Origi was called upon by Jurgen Klopp against Everton in the week 13th fixture.
The Merseyside derby was almost settling for a draw as no side were able to find the back of the net, surprisingly, Klopp turned to the Belgian international for unexpected inspiration.
What was Klopp thinking, Origi of all people? That must be fan’s immediate reaction when they saw the former Wolfsburg player warming up.
‘Is this for real?’ That was how the Anfield faithfuls would’ve reacted when they saw him coming into the pitch.
After spending some minutes on the pitch, Origi showed Klopp what he’s been missing for a while as he scored a last-minute goal to give the Reds a much deserved victory over their local rivals.
“Are we dreaming, Origi has won our hearts once more” that must be fans’ final reaction to Origi’s goalscoring performance against the Toffees.
It wasn’t just the fans who fell in love with the Belgian star, Jurgen Klopp couldn’t control his emotions as he ran straight into the pitch and gave a heartwarming hug to the Belgian — the return of a prodigal son?
The goal against Everton was enough for Origi to displace off-form Roberto Firmino from klopp’s starting lineup against Burnley in the next fixture, was Klopp resting the Brazilian or was he passing a strong message to the 24-year-old who has been performing below standard all through the season?
Origi was lively against the Clarets, he picked up an assist in the game to further make strong claim for a permanent place in the team as the season progresses.
Firmino knew his place in the team isn’t certain, considering the recent resurgence in Origi’s performance. He wasn’t in Klopp’s starting lineup against Burnley but he was eventually thrown onto the pitch in the second half of the game.
Firmino wasted no time in passing another strong message to Klopp as he put the Reds ahead with his first touch on the ball.
The goal didn’t just put the Reds ahead of Burnley, it equally put the Brazilian ahead for his Belgian teammate in the striker’s pecking order.
The Belgian or Brazilian — who should be given the nod to start at the Monileux Stadium today?
Klopp is definitely facing some selection headache at the moment as he didn’t know whom he should start against Wolves later tonight.
Firmino is beginning to show some signs that he’s on his way to his usual breathtaking form and he ought to start alongside Salah in tonight’s all-important clash with the Wanderers, who have been wonderful since their return to Premier League.
Origi is getting back to the player he was during his time with Crystal Palace and should be encouraged by Klopp with another starting role in today’s encounter.
The German manager is surely in a confused state of mind, however, we trust the former BVB boss to make the right decision as it will go a long way in his race for the Premier League title.
*Article written for Flaming Hairdryer by Italoye Ebenezer
Previous articleA major boost… Pellegrini delivers positive injury update for West Ham fans
Next articleWhy Klopp must release this youngster in January