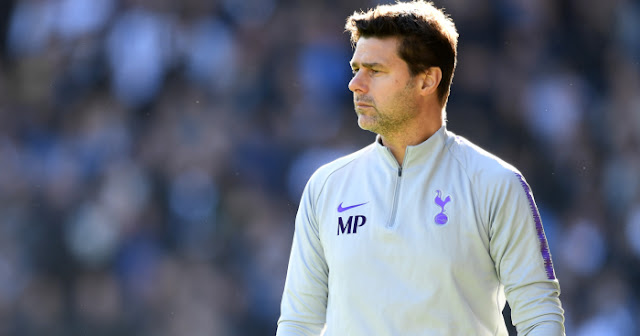 Tottenham boss Mauricio Pochettino believes that his side can win the Premier League this season. The Lilywhites currently occupy third position on the League standings with 36 points from 16 games. They are six points adrift of leaders Liverpool and five adrift of second placed Manchester City.
Pre-season expectations for Spurs among many pundits and neutrals were not high after the club failed to secure a single summer signing. They have the very same squad intact from last season and they went on to finish in third place on the top-flight standings last term. On the other hand, their squad is still very young and most of the players will only get better which will work to the club’s advantage.
This is one of the reasons why some people feel that the club does not have enough strength in-depth to challenge for the League this season. Since taking over the North London club in 2014, Pochettino has transformed it into one of the best in England.
However, the one thing which has eluded him is a major trophy. This is something which the Lilywhites need to do soon or they will risk losing their stars to the elite clubs of world football.
As quoted by Sky Sports, Pochettino said:
“We are there, we are in a good position, but the perception is different.
“When you talk about the perception from the people or from the media, it is Manchester City and Liverpool – and not us.
“I am not happy with the perception, when they are not assessing it in the right way.
“I think when you assess different clubs, normally, it is Liverpool and Manchester City, Chelsea, [Manchester] United, Arsenal, who will be involved in the race for the title – but not Tottenham.

“But of course we are there, because we compete in a very good way, because our performances have been fantastic – and the perception is different.”
Previous articleSpurs ace says Pochettino ‘deserves’ Manchester United and Real Madrid links
Next article“The lads weren’t happy.” – Andy Caroll makes surprising revelation about David Moyes’