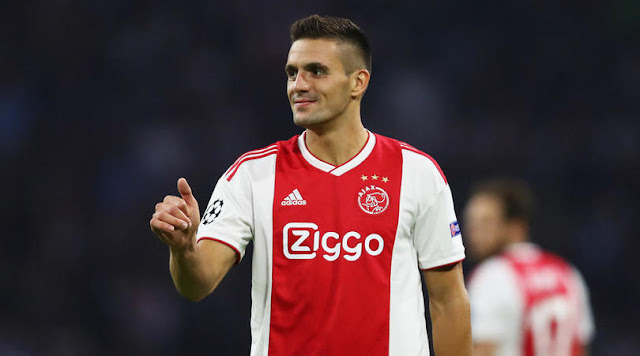 Southampton have shown remarkable progress since Ralph Hasenhuttl became their manager, replacing the sacked Mark Hughes. Last weekend, the Saints recorded an impressive 3-2 victory against Arsenal.
In the process, they ended Unai Emery’s men’s 22 game unbeaten streak in all competitions and moved away from the relegation zone. They followed up their victory over the Gunners with a 3-1 victory against fellow strugglers Huddersfield Town on Saturday.
The Saints can take heart from their two game winning streak, but they are still in the relegation dog-fight as they are just three points clear of the relegation zone as things stand.
Hasenhuttl should look to bolster his squad in January in order to increase their chances of avoiding the drop. One player whom the 51-year-old should look at bringing back to St Mary’s is Dusan Tadic.
Tadic was a key player for the Saints for four years but left the club last summer to join Dutch giants Ajax. He has been in fine form in Holland as he has so far scored nine goals from 16 games for Ajax in the Eredivisie.
During his time at the Saints, Tadic was a key midfielder. He will be able to help the club to create and score more goals which they have been lacking this season. He will also not require a lot of time to adapt to the squad as would signing a player who has never set foot in St Mary’s before.
The 30-year-old is able to unlock defences and would surely complement Danny Ings well.
Previous articleWest Ham star set to snub England
Next articleWest Ham vice-chairman makes questionable suggestion regarding Tottenham’s Daniel Levy

Southampton player Sofiane Boufal could be on the move from Saint Mary’s Stadium this summer, with Olympiakos the latest side to be keen to...
Read more
Fulham

Fulham join Southampton for the signature of Tottenham star

Fulham have joined Southampton in the race for the signature of Tottenham Hotspur defender Kyle Walker-Peters this summer, as per The Evening Standard.  Several reports...
Read more
News

According to the Daily Express, Southampton are winning the chase for Schalke player Weston McKennie which could be a boost for Tottenham Hotspur.  The 21-year-old...
Read more