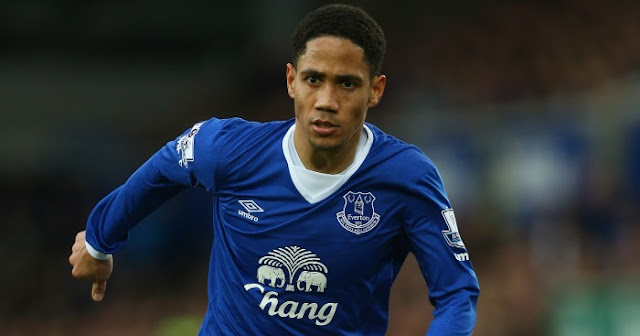 Former Everton fan-favourite Steven Pienaar has sent a message to the club’s players following their humiliating 6-2 defeat against Tottenham during the weekend. After starting the season in promising form under the guidance of Marco Silva, the performances of the Merseysiders have declined during recent weeks.
They have won just one out of their past six League games with their last victory coming over a month ago against struggling Cardiff City. Theo Walcott gave the Toffees the lead during the 21st minute and thereafter were thoroughly outplayed.
Both Heung Son-Min and Harry Kane scored braces while Christian Eriksen and Dele Alli scored one apiece. There is no doubt that Everton’s performance against Spurs was worrying and the club needs to get positive results as soon as possible if they want to rediscover their confidence.  The loss also saw them slip down to 11th place on the League standings.
Former Toffee fan-favourite Steven Pienaar was watching the game and urged his former club to deliver against Burnley on Boxing Day.
Pienaar wrote on Twitter: “Last time we conceded 6 goals was against Arsenal and I was playing was one of my worst days as a footballer. We have to dust ourselves of and put it right for the next game.”
Silva’s charges should aim for nothing less than three points against Burnley. The Clarets are clearly struggling this season and are candidates to be relegated. They are currently in 18th position on the League table and have taken just 12 points from their 18 games.
Previous articleChelsea should aim to sign Brazilian winger
Next articleWho is Zach Steffan? The few things you need to know about Man City’s new signing